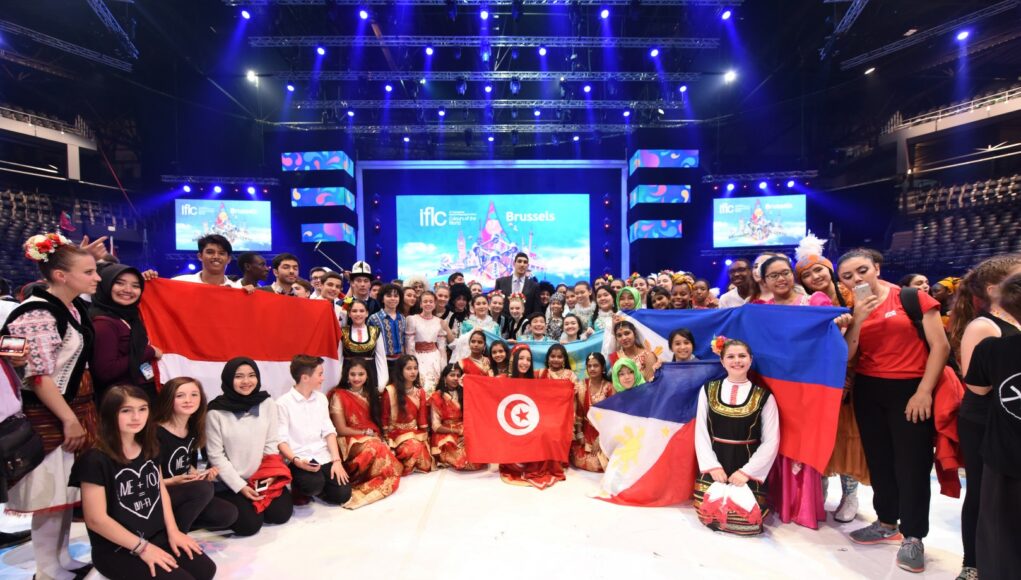 The International Festival of Language & Culture (IFLC) on June 26 will stream live on its YouTube channel the grand final of the “Colors of Voices” singing contest in which 24 contestants from around the world will deliver performances in traditional costumes.

With participants from 160 countries taking part in its events, the IFLC is the world’s largest and most prominent organization for promoting world languages and cultures and is dedicated to cultivating and educating the younger generation and creating a platform to share their cultural heritage with their peers around the world.

The grand final of “Colors of Voices,” including performances of 24 selected from among 1,350 participants to represent their respective countries, will be streamed live at 2 p.m. EST, 8 p.m. CEST, according to IFLC.

The winners of the contest, which will be hosted by Bill Timoney, will be determined by both a group of judges, including Chris Kirkpatrick, Peter Daverington and Brandon J. Dirden, and the audience. The popular vote will make up 30 percent of the final evaluation and the jury vote 70 percent, IFLC said.

According to the organization, the first, second and third place winners will get $1,000, $750 and $500, respectively, while the best song choice, best costume choice and honorable mention winners will each take home $300. All contestants will receive a certificate of participation and a gift, they added.

The IFLC last performed live on a stage in Sydney in 2019 before the pandemic hit. The organization, which continues to hold activities online amid the pandemic, hopes to be able to organize live events again in 2022.

The festival, which first started in 2003 in Turkey as the International Turkish Language Olympiad, in 2014 changed its name to the International Festival of Language & Culture. Although the first 11 editions of the event were hosted in Turkey, the organizers have held the event in various countries since 2014 because of the Turkish government’s ongoing crackdown on the Gülen movement, which is involved in organizing the culture festival.

Turkish President Recep Tayyip Erdoğan and his ruling Justice and Development Party (AKP) label the faith-based group, inspired by Muslim scholar Fethullah Gülen, as a terrorist organization and accuse it of masterminding the attempted coup that took place in Turkey on July 15, 2016.

Although both Gülen and the members of his group strongly deny any involvement in the abortive putsch or any terrorist activities, Erdoğan’s ruling party has jailed some 96,000 people while investigating 622,646 over alleged links to the movement as part of a massive purge launched under the pretext of an anti-coup fight, according to official data.

The Turkish government has been targeting members of the movement, which conducts educational activities as well as charity work around the world, since corruption investigations in late 2013 that implicated Erdoğan’s close circle.