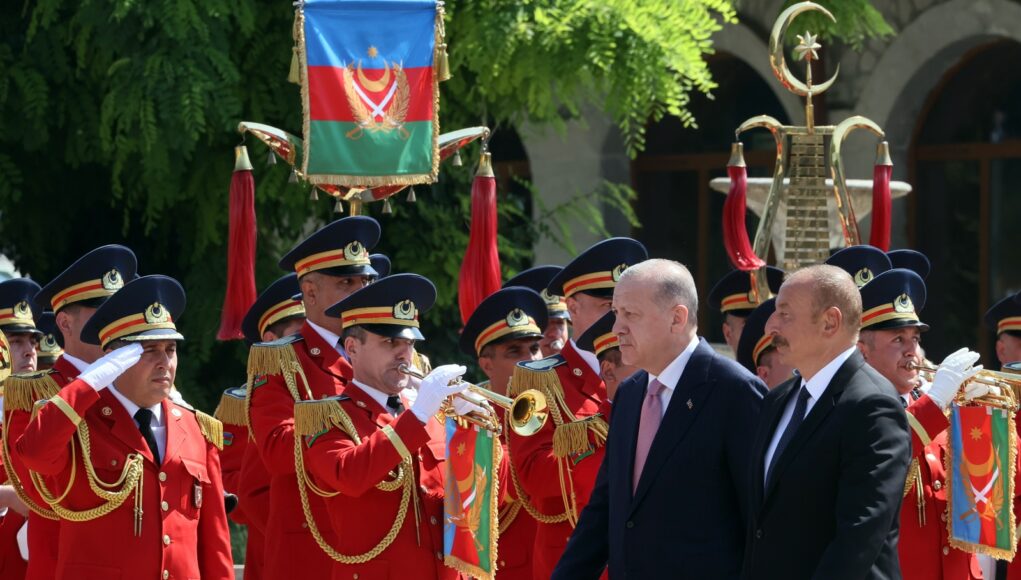 Turkish President Recep Tayyip Erdoğan on Tuesday visited the symbolic town of Shusha that was recaptured by his country’s close ally Azerbaijan during a war last year with Armenia for the  Nagorno-Karabakh region, Agence France-Presse reported.

Turkey was a key backer of Azerbaijan during the conflict, which erupted in September and ended with a Russian-brokered ceasefire after six weeks of fighting and some 6,000 deaths.

The truce saw Armenia cede territories it had controlled for decades, including Shusha, which both Armenians and Azerbaijanis claim as a cradle of their culture.

The fortress town sits on cliffs around 15 kilometers (nine miles) from Nagorno-Karabakh’s largest city Stepanakert and its fall to Azerbaijani forces in November marked the turning point of the war.

A senior Azerbaijani diplomat told AFP that during the visit the Turkish leader will also “deliver a speech to the Azerbaijani parliament and on Wednesday attend the Euro 2020 football match in Baku between Turkey and Wales.”

Ankara, which has for years helped to arm and train the Azerbaijani military, was widely accused of dispatching mercenaries from Syria to bolster Baku’s army, but denied the claim.

Turkic-speaking Azerbaijan’s military triumph over Armenia was an important geopolitical coup for Erdoğan as Ankara seeks to cement its influence in the ex-Soviet Caucasus region.

Ethnic Armenian separatists in Nagorno-Karabakh broke away from Azerbaijan as the Soviet Union collapsed, and the ensuing conflict has claimed around 30,000 lives.