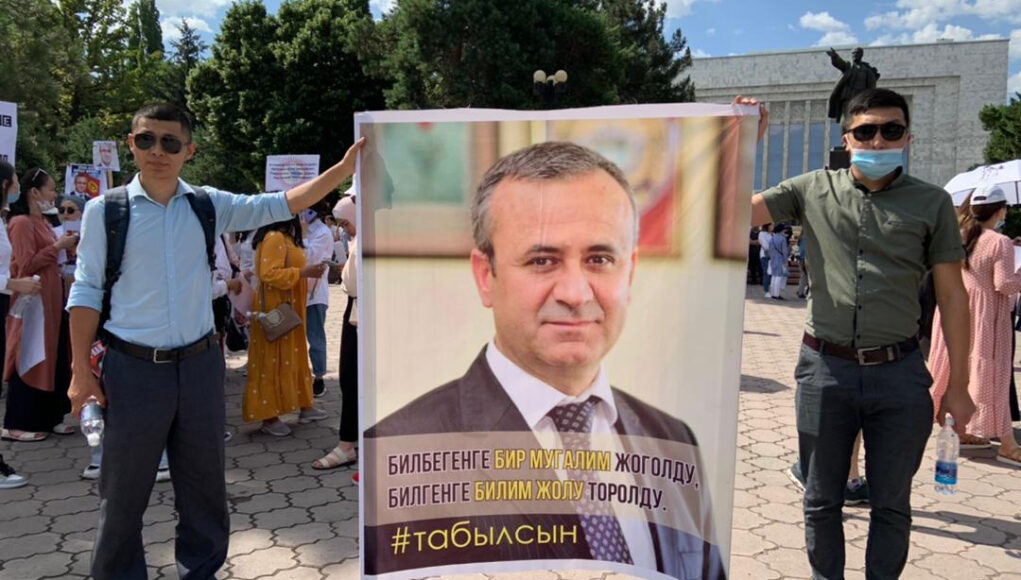 A member of the European Parliament on Monday voiced concern about the suspicious disappearance of an educator in Kyrgyzstan, urging Kyrgyz authorities to exert efforts for his release amid ongoing protests in the country.

“We follow with great concern Turkeys illegal abduction of Turkish educator #OrhanInandi in #Kyrgyzstan over links to the Fethullah Gulen mov.”, Chair of the Delegation to the EU-Kyrgyzstan Parliamentary Cooperation Committee Fulvio Martusciello said in a tweet.

We follow with great concern Turkeys illegal abduction of Turkish educator #OrhanInandi in #Kyrgyzstan over links to the Fethullah Gulen mov. Turkey should refrain from any attempts to deport him. We demand the Kyrgyz authorities to take all possible steps to ensure his release. pic.twitter.com/IHNtc2FTab

Orhan İnandı, the founder and president of the Turkish-Kyrgyz Sapat school network operating in Kyrgyzstan, went missing in Bishkek on the evening of May 31 and is feared to have been abducted by Turkey’s National Intelligence Organization due to his alleged links to the Gülen movement.

Martusciello also cautioned that Turkey should refrain from any attempts to deport İnandı while calling on Kyrgyz authorities to “take all possible steps to ensure his release.”

Meanwhile, hundreds of people in Kyrgyzstan continued to protest the alleged abduction of İnandı, Agence France-Presse reported. Many of the Kyrgyz who gathered outside the parliament in Bishkek are alumni of the Sapat network of schools.

One of the protesters, 39-year-old Zarina Sydykbekova, told AFP she believes Turkey is hiding İnandı in its embassy to force him to renounce his Kyrgyz citizenship, echoing a claim made by İnandı’s wife last week.

“The main thing [to hope for] is that he is still alive,” said Sydykbekova, who has been participating in the 300-strong protests for more than a week, since the suspicious disappearance of İnandı.

Turkey claims the founder of the school network is Turkish Islamic cleric Fethullah Gülen, whose movement is accused by the Turkish government of masterminding a failed coup in July 2016. The movement strongly denies any involvement in the abortive putsch.

The Kyrgyz Interior Ministry previously announced that a task force was set up and a search was under way, and that the National Security Committee was providing all possible assistance to the police. More than 1,000 police are searching for Orhan İnandı, according to the ministry.

Protests are also taking place in front of Turkish embassies and consulates in the United States and some European countries. Alumni of Sapat schools also announced a million-dollar reward for anyone who provides information leading to the locating of İnandı.