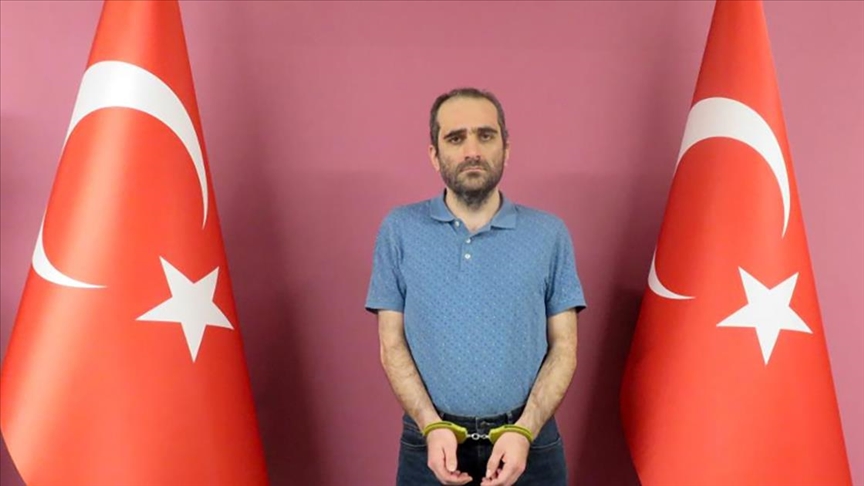 An Ankara court has arrested a nephew of Fethullah Gülen, an Islamic preacher accused by the Turkish government of masterminding a failed coup in Turkey in 2016, on terror-related charges, days after his forcible return from Kenya, local media reported on Friday.

The Gülen movement, inspired by the views of the US-based scholar, strongly denies any involvement in the failed putsch, which sparked a government-led crackdown on the group.

Selahattin Gülen, who had been detained and brought back to Turkey by agents from Turkey’s National Intelligence Organization (MIT) on May 31, was arrested on Friday by an Ankara court on charges of “managing an armed terrorist organization.”

The state-run Anadolu news agency published a photograph of Gülen in handcuffs with a Turkish flag on either side while covering his rendition earlier this week but didn’t say which country he was detained in or whether the MİT operation took place with the coordination of the host country.

On May 19 President Recep Tayyip Erdoğan announced in televised remarks that they had recently apprehended an important member of “FETÖ,” a derogatory term coined by the Turkish government to refer to the cleric’s faith-based movement as a terrorist organization, adding that he would soon announce that person’s identity.

Hours after Erdoğan’s revelation, Selahattin Gülen’s wife Seriyye released a video on YouTube in which she said her husband went missing on May 3 in Kenya, where he has been living for the past seven months, alleging that her husband was kidnapped by Turkish authorities solely because he was related to Fethullah Gülen.

Selahattin Gülen’s brother Kemal Gülen, a journalist and TV host who is also in exile, tweeted that his brother was kidnapped in Kenya and forcibly taken to Turkey despite the fact that the Kenyan courts had ruled against his extradition.

Meanwhile Turkish media reported, citing a tweet by the French journalist Guillaume Perrier, that a Turkish company signed a military vehicle contract with Kenya on June 3, only three days after Gülen’s nephew went missing in Nairobi.

According to the news report also posted by the journalist, Turkish defense and automotive firm Katmerciler on Thursday signed a new contract to provide 118 armored vehicles to Kenya.

Abduction of Gülen’s nephew follows the enforced disappearance of nearly 30 people with real or alleged links to the Gülen movement since the failed coup.

Although both Gülen and the members of his group strongly deny any involvement in the abortive putsch or any terrorist activities, Erdoğan’s ruling party has jailed some 96,000 people while investigating 622,646 over alleged links to the movement as part of a massive purge launched under the pretext of an anti-coup fight, according to official data.

The Turkish government has been targeting members of the movement, which conducts educational activities as well as charity work around the world, since corruption investigations in late 2013 that implicated Erdoğan’s close circle. The government’s war on the movement culminated in the aftermath of the 2016 coup attempt.