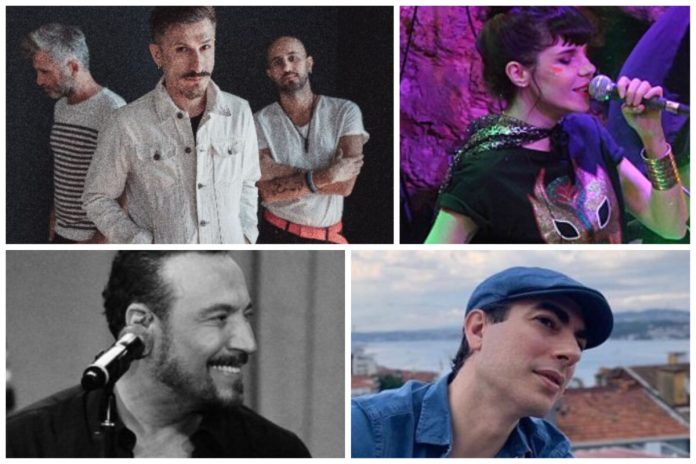 Musicians and actors say the ongoing ban on nightclubs, bars and music halls in Turkey, despite allowing similar entertainment venues to operate, suggests that Turkish President Recep Tayyip Erdoğan is using the COVID-19 pandemic as a pretext to ban nightlife and impose a religious lifestyle, the Stockolm Center for Freedom reported.

According to a circular issued by the Interior Ministry on Tuesday, Turkey has rolled back most of its COVID-19 restrictions. There will still be a stay-at-home order from 10 p.m. to 5 a.m. and on Sundays, but restaurants and cafés will be open for indoor dining from 7 a.m. to 9 p.m. six days a week. Likewise, gyms and movie theaters will be open with capacity restrictions.

But nightclubs, bars, music halls and similar places, which have been closed since the beginning of the pandemic, will remain shuttered.

In response, famous musicians and actors took to Twitter to protest the government’s decision.

Members of the band Redd tweeted: “For the political authorities who think that life is only made up of their own lifestyle, we are almost a public health problem. … This is not negligence, this is political. For the current government art, music and entertainment are important only when they are useful for their own agenda.”

Singer Gaye Su Akyol said: “As far as I understand, you say let the musicians, concerts die. … Mobilizing to finish off art instead of trying to deal with a pandemic that can be handled with a vaccine. Political Islam at its best.”

Harun Tekin, vocalist for the rock band Mor ve Ötesi, said, “What the musicians and actors of this country are subjected to is not rational but ideological.”

“You will get the virus if you have fun, listen to music, get on the stage, give concerts and especially if you have alcohol after 10 p.m.,” singer Cenk Eren quipped. “But sooner or these people you disregard and ignore will be going to the ballot boxes.”

There are roughly 1 million registered musicians in Turkey, many of whom work without insurance and so have been unable to claim state benefits since the beginning of the pandemic.

“State authorities haven’t protected musicians under these harsh conditions,” Hasan Aldemir of the Turkish Musicians and Performers Union (Müzik-Sen) told Arab News. “But when cultural and artistic works are under threat in a country, society cannot make any progress and will inevitably turn towards degeneration.”

More than 100 musicians in Turkey have committed suicide since the country introduced preventive measures against the COVID-19 pandemic in March 2020, according Müzik-Sen.

On May 17 Erdoğan announced one-time payments to people affected by the pandemic including musicians, but the amount, 3,000 lira ($360), was far from adequate.

This is not the first time the Erdoğan government has been accused of using the pandemic to impose a religious lifestyle. The government drew the ire of secular Turks after it banned the sale of alcoholic beverages in stores for 17 days at the end of April as part of a new series of lockdown measures to curb a surge in COVID-19 cases.

The ruling Justice and Development Party (AKP) was also criticized for applying a double standard in dealing with the pandemic since the party held meetings in February and March with thousands of people shown often to not be wearing masks and all crowded indoors. A surge followed the events.