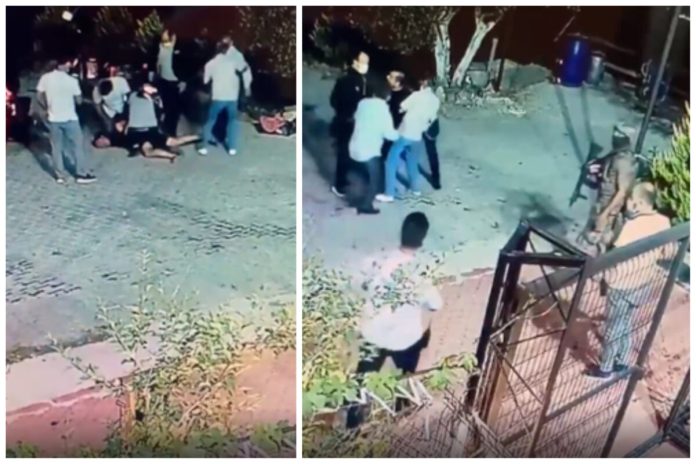 Hasan Tolga Balcılar, a local journalist in the southern city of Osmaniye, said his house was raided three times in a week after he reported on alleged corruption in the municipality, the Stockholm Center for Freedom reported, citing local media.

Balcılar shared video footage of one of the raids during which the police are seen laying him on the ground and one officer putting his knee on his neck while he is being handcuffed.

According to Balcılar following his reports on corruption allegations in the Osmaniye Municipality, he was first offered money. After he refused, he started receiving threats.

Balcılar said the police raided his house after receiving tips that someone wanted on terrorism charges was hiding there. “I was mistreated [by the police], as were my wife and daughter. They tried to arrest me although they had no warrant,” he added.

Balcılar claimed that the raids took place after Mayor Kadir Kara, a member of far-right Nationalist Movement Party (MHP), contacted the head of the Osmaniye police.

Media watchdog Reporters Without Borders’ (RSF) Turkey representative Erol Önderoğlu condemned the incident and called on the authorities to start an investigation.

Osmaniye is the hometown of Devlet Bahçeli, leader of MHP and a key ally of Turkish President Recep Tayyip Erdoğan. Earlier this month Bülent Aydemir, the Ankara representative of Habertürk TV, one of Turkey’s leading news stations, was fired after the station was targeted by MHP Deputy Chairman İsmail Özdemir.