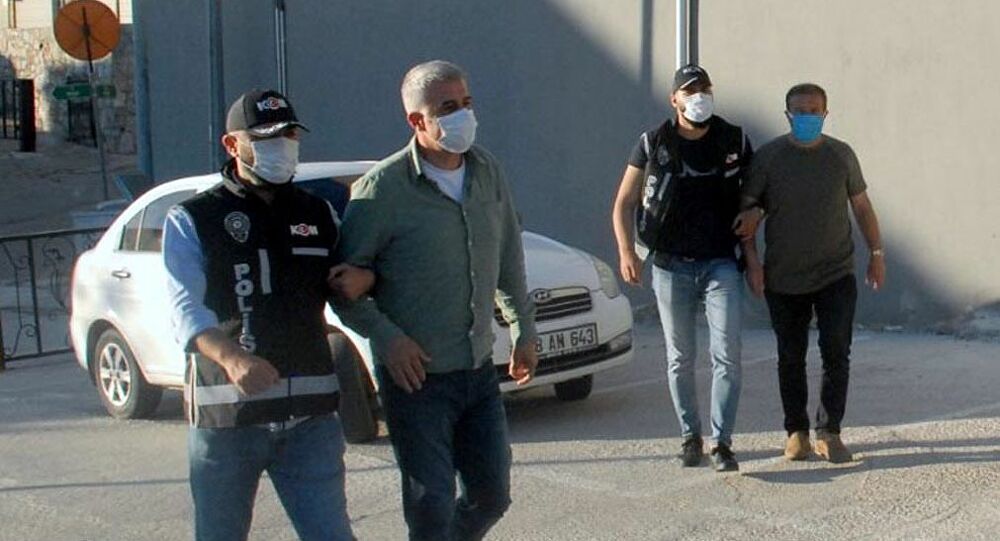 Atilla Peker, the brother of notorious Turkish mob boss Sedat Peker, has confirmed his brother’s recent claims, confessing that the mobster sent him on a mission to kill Turkish Cypriot journalist Kutlu Adalı on the orders of former Turkish minister and police chief Mehmet Ağar, local media reported on Tuesday.

Once a staunch supporter of President Recep Tayyip Erdoğan, Sedat Peker, the head of one of Turkey’s most powerful mafia groups, has since early May been setting the country’s political agenda through videos he posts on YouTube. Having fled to Dubai, the mafia boss has been making shocking revelations about state-mafia relations, drug trafficking and murders implicating state officials.

In the latest video posted on Sunday, which was watched by more than 13 million people, Peker, in addition to making other bombshell allegations, said he tasked his brother with killing Adalı in 1996 upon a request from then-Interior Minister Ağar but that his brother was unable to carry out the murder, although Adalı was shot dead shortly afterward in July 1996.

He said Korkut Eken, a former Turkish military officer and National Intelligence Organization (MİT) agent, told them later that “another team” had killed the journalist.

Following Sedat Peker’s claims, Atilla Peker was detained by the organized crime police at a rented house in the Aegean province of Muğla on Sunday, which was criticized by the mafia boss, who questioned why only his brother was taken into custody and not Eken and Ağar.

According to a leaked copy of Atilla Peker’s written testimony to a prosecutor, he confirmed his brother’s recent allegations about the Adalı murder and admitted to having been on a mission to the Turkish Republic of Northern Cyprus (KKTC) along with Eken to kill the journalist on Ağar’s orders.

Peker said in the testimony that his brother summoned him, either in March or April 1996, to a hotel in Ankara to meet with Eken and that the two told him he needed to go to the KKTC with Eken “to kill terrorists who martyred our police and soldiers.”

“The next day Eken and I got on a THY [Turkish Airlines] flight to the KKTC. … Eken gave me a [pistol], and I had it in my waistband while boarding the plane. … He later gave me an Uzi and taught me how to use it. … We reconnoitered the area near Adalı’s house the next day, after it got dark,” he added.

Peker said they did the same thing the next day and that there had been lots of voices coming from the house. ”If there are even three people in there, they’re all members of the PKK [Kurdistan Workers’ Party]. People who are friends with PKK members are also PKK, so it’s alright for you to kill them all,” Peker quoted Eken as telling him near Adalı’s house.

The mob boss’ brother further stated that he and Eken returned to Turkey afterward but were told they would be back in the KKTC to finish the business.

According to Peker’s statements, he saw Eken once more when he was serving time for assault but got out for a hospital visit, after which he met Eken in a hotel room, where Sedat Peker was also present.

“Eken thanked the soldiers and guards for bringing me to the hotel. … ‘Did you know, Atilla, that we took care of the job in Cyprus?’ Eken told me, with a smile on his face. Then they took me back to the prison before morning. I’m ready to confront the people whose names are mentioned [in Peker’s videos] in any platform they want,” he said.

According to a report by Oda TV, Galip Mendi, a retired general and a former gendarmerie commander, confirmed Atilla Peker’s claims that he met with them in the KKTC and provided Eken with a white Renault Toros station wagon — which became the symbol of unsolved murders and kidnappings for many Kurds in the 1980s and 1990s –- so that he could gather intelligence on the PKK. The Oda TV report also said that Mendi denied claims that he had talked to Eken about Adalı before the journalist’s murder.