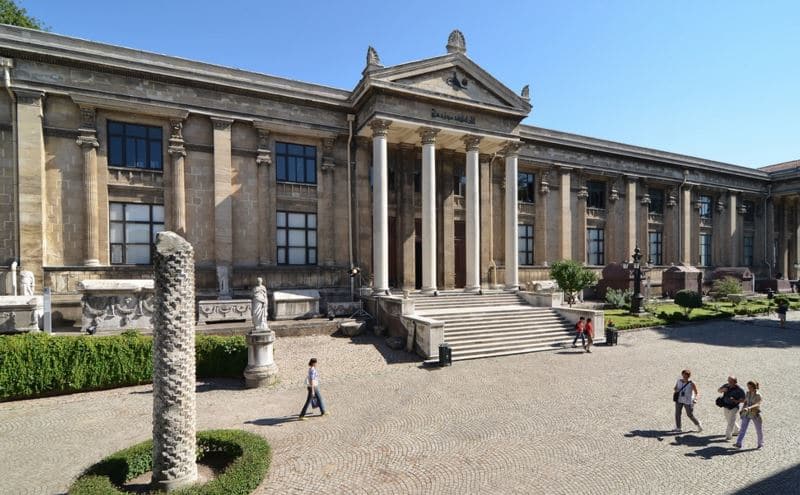 A lawmaker from the main opposition Republican People’s Party (CHP) has claimed that some of the historical artifacts at the İstanbul Archaeology Museums are being moved in order to make room for presidency officials’ offices, local media reported on Wednesday.

The artifacts held in the former Imperial Mint at Topkapı Palace, one of the most important historic and cultural landmarks of İstanbul, are being moved to two locations in İstanbul – the now-closed İstanbul Atatürk Airport and a storage facility in Maltepe – which were are to be used as “storage museums,” according to a Cumhuriyet report citing an official for the museums earlier this week.

Opposition party members criticized the decision to relocate the artifacts, arguing that they might be damaged in the process and that it would disrupt the İstanbul Archaeology Museums, which consists of three museums – the Archaeological Museum, the Museum of the Ancient Orient and the Museum of Islamic Art – and houses over 1 million objects that represent almost all the eras and civilizations in world history.

“The duty of the [Culture and Tourism] Ministry is to preserve cultural heritage, not to allocate rooms to serve as offices for presidency bureaucrats,” Turkish media reports on Wednesday quoted CHP vice-chair and İstanbul lawmaker Gamze Akkuş İlgezdi as saying.

“This process started in September 2019, when [management of] Topkapı Palace was taken [from the Culture and Tourism Ministry] with a presidential decree. Authorities there are doing everything they can to move ministry personnel from the palace compound. … Now, [the artifacts in] storage will be relocated so that the former Imperial Mint can serve as offices for presidency officials,” she explained.

The CHP deputy also argued that it would be more appropriate to turn the former Imperial Mint, which currently serves as storage for some of the artifacts, into a storage museum, instead of relocating the items in it to other locations in the city.