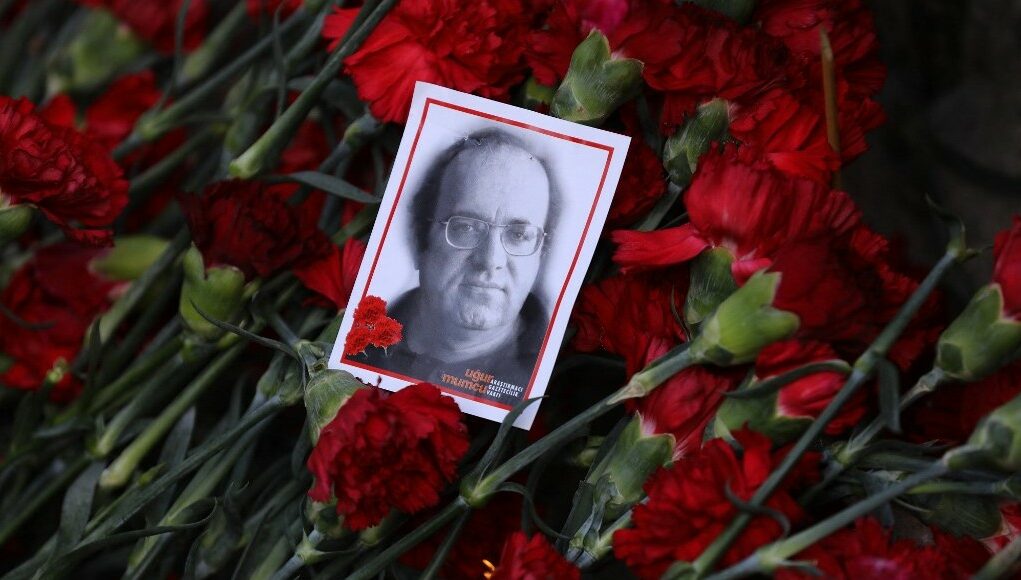 Media rights groups on Sunday urged Turkish authorities to investigate explosive allegations by a mafia boss about the high-profile killings of two journalists in the 1990s, Agence France-Presse reported.

Sedat Peker, an underworld mobster exiled abroad, has accused members of the government and the ruling Justice and Development Party (AKP) of corruption and various crimes in a series of YouTube posts over the past three weeks.

In the latest, released on Sunday, he alleges former interior minister Mehmet Ağar was the head of the “deep state” in Turkey and that Ağar was involved in the 1993 murder of prominent investigative journalist Uğur Mumcu.

Mumcu, who wrote for the Cumhuriyet daily, was killed in the capital Ankara after his car was rigged to explode when the ignition was switched on. The perpetrators were never identified.

In his video recording, Peker described Mumcu as a “martyr” and a “honorable man.”

The mafia boss also claimed the murder of Turkish Cypriot journalist Kutlu Adalı had been ordered by a former lieutenant colonel and a senior official of the National Intelligence Organization (MIT), Korkut Eken.

Adalı, who worked for the left-wing Yeni Düzen newspaper in Nicosia, was shot dead in front of his home in 1996. His killers have never been identified.

The truth about the killings of journalists in the 1990s had been “swept under the rug,” he tweeted.

“Peker’s legitimacy or position does not justify silence. #Impunity,” he added.

“We want an investigation into the #UğurMumcu and #KutluAdalı murders,” the union tweeted.

“We demand that the suspects be put on trial. We call on prosecutors to do their duty.”

Peker, 50, who has been jailed several times for a range of offences, from fraud to running a criminal group, fled Turkey in 2020 to avoid prosecution and is thought to be living in the United Arab Emirates.

In the same video published on Sunday, Peker also claimed that the son of ex-Prime Minister Binali Yıldırım, an Erdoğan loyalist, was part of a major drug trafficking ring between Venezuela and Turkey.

“This is absolutely a lie, a slander,” Yıldırım told reporters.

“Linking us with drugs is completely an insult. We strongly reject them.”

In another video, Peker also accuses Interior Minister Süleyman Soylu of having offered him protection and of having tipped him off about an impending investigation against him last year, which allowed him to flee before being arrested.

Soylu is one of the most powerful figures in President Recep Tayyip Erdoğan’s government. Despite pressure from the opposition to resign, he has dismissed Peker’s allegations.

A journalist for Turkey’s state news agency Anadolu was fired Friday after raising Peker’s claims against the interior minister at a government press conference with other ministers.

Fahrettin Altun, the Turkish presidency’s director of communications, wrote on Twitter: “Those who seek to harm the respectability of our state will pay the price.”

There was no immediate reaction to the latest claims.

Some commentators refer to the workings of the “deep state”, derin devlet in Turkish, a shadowy structure alleged to exist with links between politicians, secret services, mafia and extremist groups.