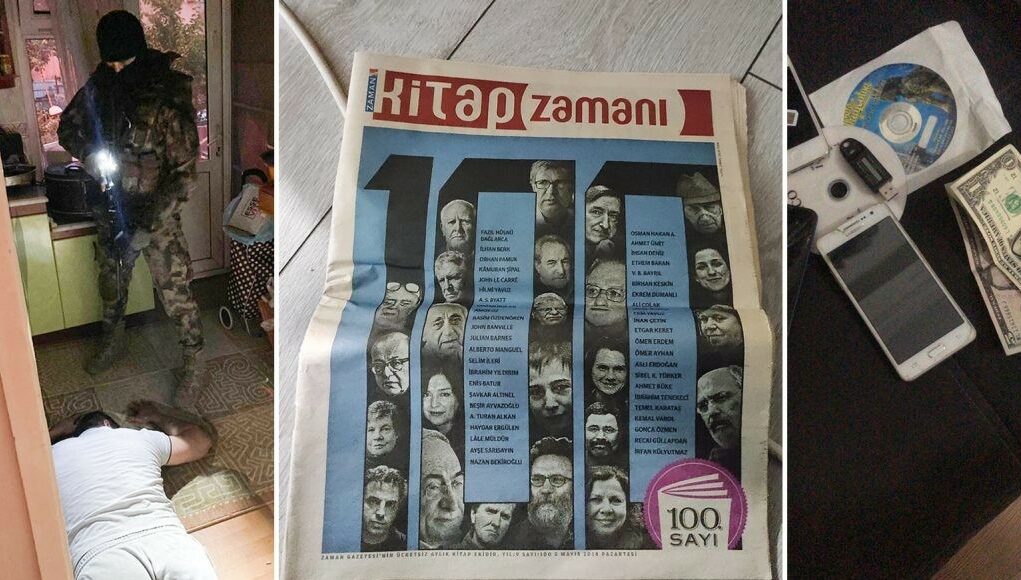 Turkish police teams on Friday detained 127 people in police raids across 14 provinces due to their alleged links to the Gülen movement and on various accusations such as deliberately spreading COVID-19 and engaging in homosexual relations, the Demirören news agency reported.

The Gülen movement is accused by the Turkish government of masterminding a failed coup in 2016, a claim strongly denied by the movement whose real or alleged followers have been subjected to an unprecedented crackdown for several years.

The detainees, who include 17 former police chiefs, seven commissioned military officers and 43 noncommissioned officers, are being investigated as part of two separate probes based in the western province of Çanakkale and the Turkish capital city of Ankara.

According to the agency, the detainees are accused of providing financial support to the families of people who are behind bars on alleged Gülen links, suspicious communication with each other on the Internet and through online games and trying to illegally flee abroad. They also face charges unusual for Gülen followers such as intentionally spreading COVID-19, engaging in homosexual relations, living beyond their means and spending money donated by Gülen followers on prostitutes.

Some of these accusations, for example, homosexuality, are not crimes under Turkish law.

In addition, a book supplement produced by the now-closed Zaman daily was presented by the police as evidence of Gülen movement membership in one of the houses raided. The Zaman daily was closed down by the government following the 2016 coup attempt due to its links to the Gülen movement. Publications and books printed by the Gülen-linked publication houses are all considered evidence of terrorist organization membership in Turkey where people had to destroy hundreds of thousands of books to avoid legal action.

Friday’s detentions come at a time when Turkey’s ruling Justice and Development Party (AKP) has been shaken by the allegations of a mafia leader, Sedat Peker, who has been making revelations on his YouTube channel about relations between some government officials and organized crime.

Turkish President Recep Tayyip Erdoğan has been targeting followers of the Gülen movement, inspired by US-based Turkish Muslim cleric Fethullah Gülen, since the corruption investigations of December 17-25, 2013, which implicated then-Prime Minister Erdoğan, his family members, and his inner circle.