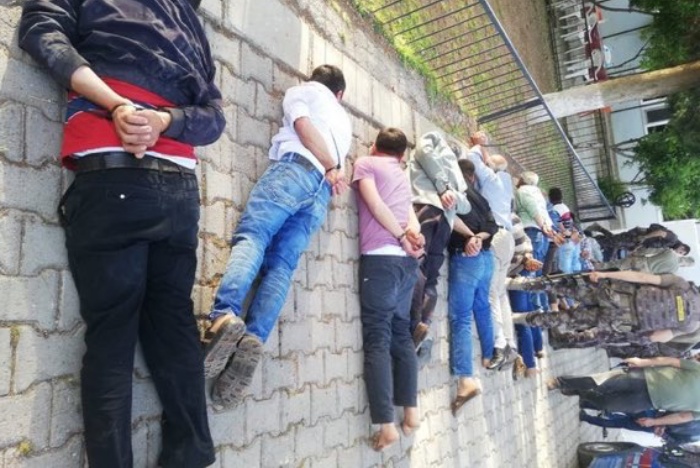 A rights group based in the United Kingdom on Tuesday lodged applications concerning six Turkish officials involved in alleged human rights violations as subjects for sanctions by the UK government under newly adopted regulations.

The Turkey Human Rights Accountability Project (TUHRAP) made its first submission to the UK Foreign Office to have officials who are abusers of human rights in Turkey placed on the United Kingdom’s sanctions list.

The submission, the first one to implicate Turkish officials, was made in the framework of the Sanctions and Anti-Money Laundering Act 2018 (the Sanctions Act) under the Global Human Rights Sanctions Regulations, commonly known as the UK’s Magnitsky Act.

The new regulations that went into force on July 6, 2020 in the UK introduce sanctions that range from a travel ban to an asset freeze for actors involved in human rights violations on behalf of a state.

The cases are the 2019 Halfeti detentions case, where numerous Kurdish civilians claim to have been subjected to systematic torture, including beating, sexual abuse and electrocution; the torture case of Gökhan Açıkkollu, a teacher purged from his job who died in detention in 2016 and was posthumously exonerated; and the torture case of lawyer Erdem Semih Yıldız in 2019 who was “explicitly informed by those administering the physical and psychological assaults on him that the motivation for these was because his sometimes high profile clients were not confessing and choosing to remain silent,” the barristers said.

Dent and Polak did not name the six Turkish officials implicated in the submission, saying that they would rather wait for the legal proceedings to disclose the names of the individuals involved.

All three files are supported by medical reports, reports by bar associations and audio-visual content, says a statement released by the Arrested Lawyers Initiative, a watchdog aimed at protecting lawyers who are threatened due to the practice of their profession and the group that launched the project.

“The submission provides the UK government with an opportunity to demonstrate its dedication to the championing of a rules-based international order as underlined in the Global Britain vision. Likewise, it also provides the Turkish authorities with the opportunity to put a distance between themselves and the perpetrators of grave human rights violations.”

Answering Turkish Minute’s question on whether there will be other submissions with regard to human rights violations in Turkey, Dent said the project is ongoing, so they hope to lodge other applications before the UK government.

The UK has already used the Sanctions Act against individuals from Russia to Myanmar, from Pakistan to Gambia.

The move comes in the wake of ongoing and widespread human rights abuses in Turkey, including torture, enforced disappearances and the imprisonment of dissidents, lawyers, activists, journalists and academics on what critics view as bogus charges.