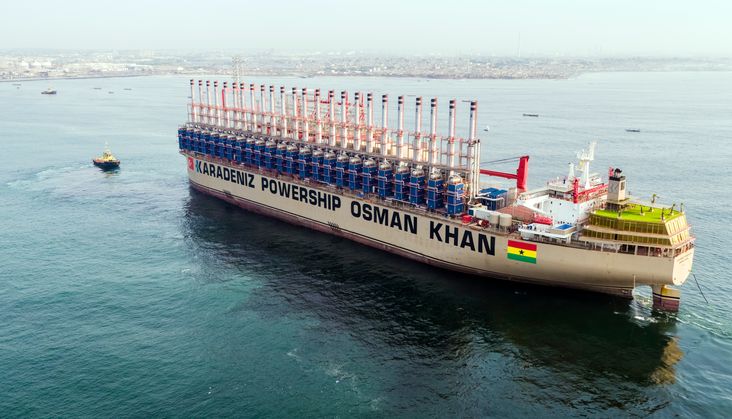 A Turkish firm has halted power generation from two barges moored off Lebanon’s coast that provided as much as a quarter of its mains electricity supply, the company said Friday, according to Agence France-Presse.

Karpowership said it had been left with little choice after months of delayed payment and with a prosecutor’s order hanging over its vessels.

State-run utility Electricity of Lebanon (EDL) is facing dire cash shortages, as the country grapples with its worst economic crisis since the 1975-1990 civil war.

“We deeply regret shutting down” the power barges in the coastal areas of Zouk and Jiyeh, Karpowership said in a statement.

“For 18 months, we have been exceedingly flexible with the state, continually supplying power without payment or a payment plan, because the country was already facing very hard times,” it said.

“However no company can operate in an environment with such direct and undue risks.”

A Karpowership source said the remaining fuel in the barges’ power plants ran out at 0500 GMT and transmission to the Lebanese grid ceased.

The source said the company was owed more than $100 million by the Lebanese state but was equally concerned about a prosecutor’s threat to seize the vessels.

In early May, a Lebanese prosecutor banned the barges from leaving the country over the alleged payment of illicit commissions, accusations that could lead to a $25 million penalty, a Lebanese judicial source said at the time.

Karpowership rejected the allegations as “baseless and lacking credibility.”

The Turkish firm says the two barges, which have been operating in Lebanon since 2013, have accounted for up to 25 percent of the mains power supply.

Lebanon has poured millions of dollars in subsidies into the electricity sector, but routine power cuts have persisted for decades, forcing those Lebanese who can afford it to use private generators for up to 12 hours a day.