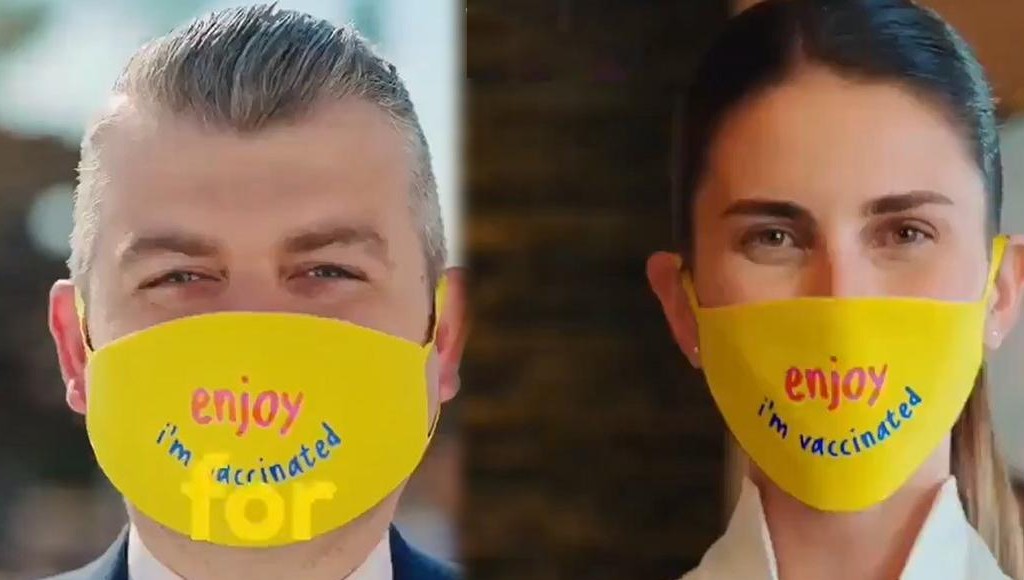 A holiday commercial recently released by Turkey’s Ministry of Culture and Tourism has drawn criticism from opposition politicians and social media users who argued that it was insulting to show tourism workers with masks saying “Enjoy, I’m vaccinated.”

“Sanitized resorts and vaccinated staff; we call it ‘double safety for tourism.’ Our guests call it ‘peace of mind.’ Come and enjoy the safe haven,” said the video, which was deleted by the ministry’s Go Türkiye (Go Turkey) account soon after its release, over mounting reactions.

The video came a week after remarks by Foreign Minister Mevlüt Çavuşoğlu on vaccinations sparked outrage among many Turks who said that they felt belittled due to the fact that every measure recently imposed by the Justice and Development Party (AKP) government to fight COVID-19 was solely aimed at attracting more visitors during the tourism season.

“We will vaccinate all tourism sector workers, including those in restaurants, hotels and airports in addition to drivers and tour guides — anyone a tourist might see [in Turkey] — by the end of May,” Çavuşoğlu said during a joint press conference with his German counterpart, Heiko Maas, in Berlin.

The commercial also added to the criticism directed at the Turkish government for the double standard that currently allows tourists to wander around freely while natives have to stay in their homes during the country’s longest lockdown yet, which started on April 29 and will last until May 17.

“We finally have a ministry that insults its own people!” Kemal Kılıçdaroğlu, leader of Turkey’s main opposition Republican People’s Party (CHP), tweeted on Thursday.

“The tourism sector needs the revenue. It would be so nice if you occasionally worked with capable people,” Kılıçdaroğlu added, addressing President Recep Tayyip Erdoğan and Culture and Tourism Minister Mehmet Nuri Ersoy.

Meral Akşener, leader of the nationalist opposition Good (İYİ) Party, also slammed the AKP government, saying, “You finally did this, without any shame, to the people whose suffering and difficulties you caused during the pandemic. Shame on you.”

“Feeling belittled due to being tagged [as vaccinated] was all our citizens needed. You did this, too. Shame,” CHP MP Tuncay Özkan tweeted on Thursday.

“They are acting as if we were slaves offered to the tourists for service!” journalist Tuğba Tekerek said.

A social media user reacted to the video with a reference to the masks worn by the tourism staff in it, saying, “Enjoy, I’m humiliated.”

“I’m sorry to say this, but what kind of a mind treats people as if they were animals?” another one questioned.

Turkey has been falling considerably behind its planned vaccination schedule after a quick start in mid-January. The country has administered over 25.5 million shots, with only 10.7 million people having received two doses.