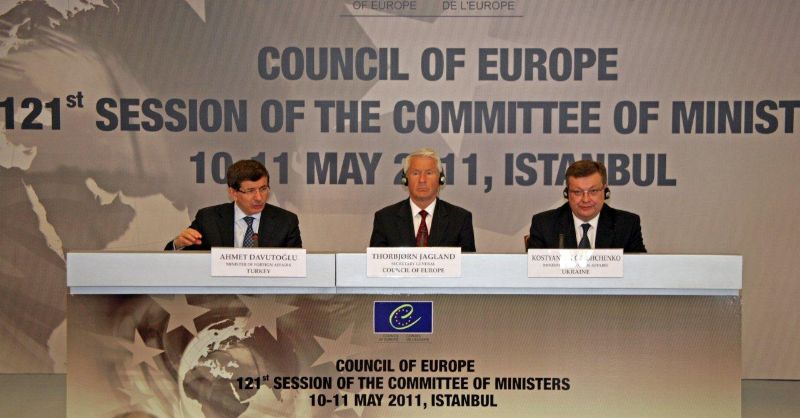 In its statement on the 10th anniversary of the Istanbul Convention, the Council of Europe’s (CoE) binding treaty to prevent and combat violence against women, Human Rights Watch (HRW) said Turkey’s withdrawal from the convention is a setback for women’s rights in the country and poses dangerous risks for the region.

“Turkish authorities frequently fail to protect women from abuse and femicide rates remain persistently high,” HRW said in its statement released on Monday, according to Stockholm Center for Freedom.

May 11, 2021 is the 10th anniversary of the CoE Convention on Preventing and Combating Violence against Women and Domestic Violence, better known as the Istanbul Convention, which was opened for signature during the CoE Ministers Committee meeting hosted by Turkey in 2011.

HRW has also called on CoE member states to reinforce efforts to combat violence against women by swiftly ratifying and carrying out the convention.

The human rights watchdog shared two videos that explain the convention and highlight its importance.

“The Covid-19 pandemic has exposed violence against women as one of the most far-reaching and persistent rights abuses, and a daily threat to the lives and health of women and girls around the world,” said Hillary Margolis, senior women’s rights researcher at Human Rights Watch. “At this decisive moment, Council of Europe members should demonstrate they are serious about prioritizing the safety and well-being of all women and girls by committing to and carrying out the Istanbul Convention.”

The Turkish government’s move sparked outrage in the country and was met with criticism from several countries, international organizations and rights groups.

Speaking to HRW, Eren Keskin, co-chair of the Human Rights Association in Turkey, said the Istanbul Convention was “a huge source of emotional strength” for Turkish women. “Withdrawing from this convention is to say, ‘I will do whatever I want to you’.”

Keskin said people should not abandon hope that Turkey and other countries will commit to the convention and its standards. “I believe that the women’s movement will bring this back and [Turkey’s] signature will be on that convention again… The only solution is to be vocal: Everyone has to raise their voice against violence against women wherever they are.”

A survey conducted by pollster Metropoll has revealed that 52.3 percent of Turks are against the government’s move. While more than a majority of participants oppose the withdrawal, 26.7 percent approve and 10.2 percent had no opinion.

Turkey’s right-wing opposition İYİ (Good) Party has filed a submission with the Council of State requesting the cancellation of President Erdoğan’s executive decree in accordance with Articles 6, 87, 90 and 104 of the Turkish Constitution.