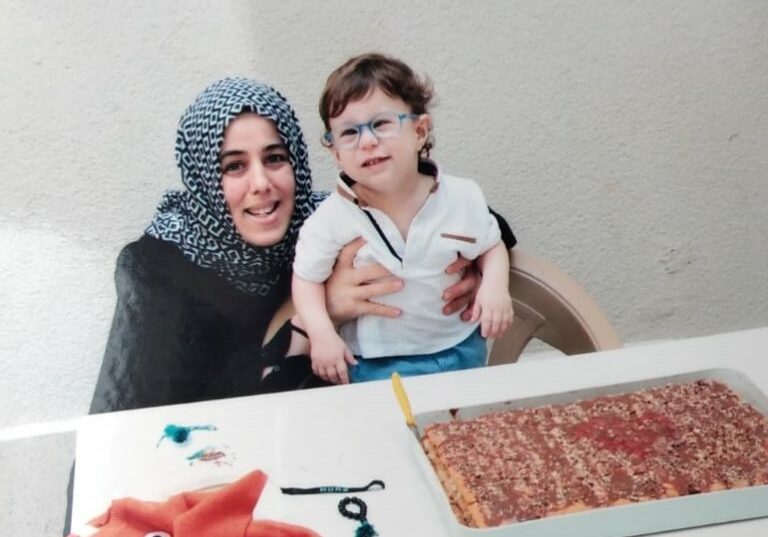 Muaz Bahadır, a 2-year-old boy who had to stay in prison for 13 months with his mother, still suffers from a problem with the eyes known as esophoria after his treatment was delayed during that time, the Stockholm Center for Freedom reported citing Bold Medya news website.

Muaz’s mother, Nurhan Erdal Bahadır, 40, was arrested on December 7, 2018 on alleged links to the Gülen movement, a faith-based group inspired by Muslim cleric Fethullah Gülen, and later sentenced to eight years, nine months’ imprisonment for membership in a “terrorist organization.” She had to take her 60-day-old son to prison with her. Muaz suffered from a heart condition known as aorta coarctation and esophoria, but she wasn’t allowed to take her son to a doctor’s appointment to check the problems he had with his eyes. The necessary medication and the eyeglasses to treat his condition were provided after a long delay.

During their time in prison Muaz experienced all sorts of difficulties. When the time came for him to be introduced to solid foods, the prison administration didn’t allow his mother to buy an electric pot to steam vegetables and make soup. Bahadır had to feed him the prison food. When he started crawling, he fell from the bunkbed. When she took the issue to the prison administration to find a solution, she was told to “tie the baby by his foot to the bed.”

After 13 months in prison, Bahadır was released following the decision of an appeals court.

The family fled Turkey and are currently living in Greece. Muaz will undergo eye surgery on May 27. The family will soon start a campaign to raise the funds necessary for the procedure.