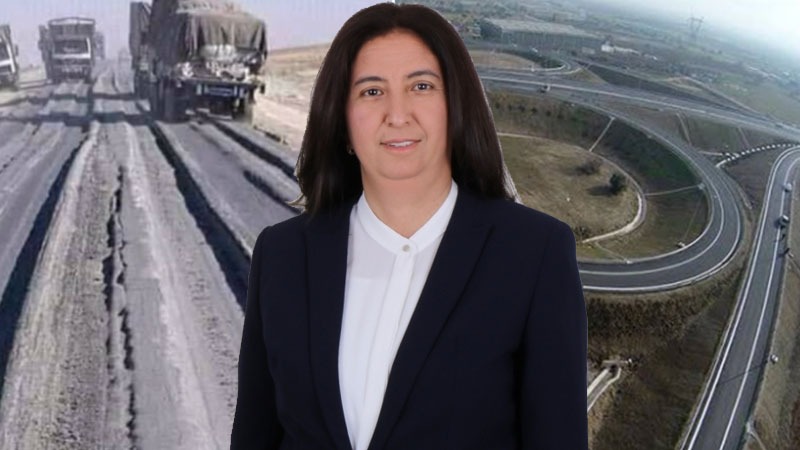 A lawmaker from Turkey’s ruling Justice and Development Party (AKP) became the subject of ridicule and jokes on social media when she posted a highway photo from Afghanistan as if it were in Turkey 20 years ago to praise the country’s development under her party’s rule.

AKP Sivas MP Semiha Ekinci on Wednesday shared, as part of a challenge on social media, two photos showing different highways, one in far worse condition than the other, claiming that both show roads in Turkey 20 years apart.

The MP’s tweet was shared with the hashtag #20liyaşlarchallenge (the challenge of the 20s), under which Turks post photos of themselves when in their 20s on social media as part of the challenge widely known around the world as #MeAt20.

Ekinci’s post, in which she thanked President Recep Tayyip Erdoğan, was aimed at spreading pro-government propaganda by displaying the improvement of the highways in Turkey under the 19-year rule of the AKP.

However, local reports revealed that one of the photos, which was claimed by the lawmaker to be of Turkey 20 years ago, was of a highway in Afghanistan that was originally shared on Twitter in July 2020 by a photojournalist in Kabul named Ishaq Ali Anis.

“This is the condition of Kabul-Kandahar Highway as [a] result of overloaded tracks, land mine explosions and poor construction materials. Practically, it’s not a road anymore but a stripped rough path between two cities,” the journalist noted above the photo.