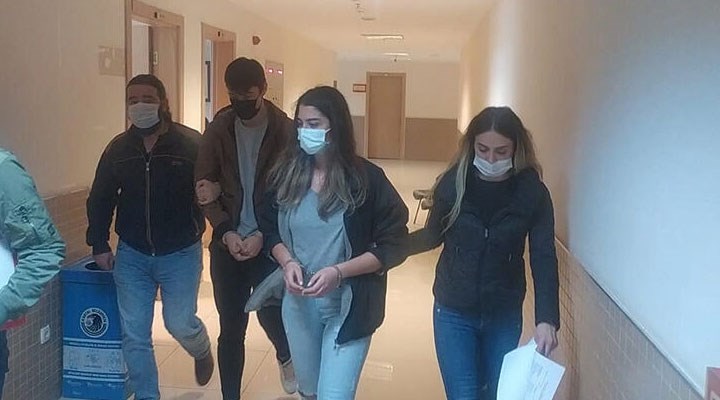 Two young people were briefly detained, handcuffed and released on judicial probation including a travel ban for allegedly insulting the value of the Turkish passport in a TikTok video, Turkish media outlets reported.

On April 25, 23-year-old K.Ö and N.Y. posted a video on TikTok under the title “Areas where the Turkish passport is used.” In the video they are seen using Turkish passports for various purposes other than traveling such as coasters, oven gloves or bookmarks.

They were subsequently detained on charges of insulting the symbols of the sovereignty of the state and taken to the Anadolu Courthouse in İstanbul. In their statement to the prosecutor, K.Ö. said they did not mean to insult the value of the Turkish passport but posted the video just for fun since people can’t travel because of the coronavirus pandemic.

“We are very sorry for having been misunderstood. We apologize for it. We removed our video immediately. We never intended to insult the Turkish passport or flag. We love our country. We did not have any intention of committing a crime,” said K.Ö.

K.Ö. and N.Y. were released after making statements to the prosecutor, but they will have to regularly check in at a police station and are prohibited from traveling abroad.

The legal measures imposed on the TikTok users have been found disproportionate by some social media users who interpreted the move as yet another sign of the lack of freedom of speech in Turkey.

This actually hurts. Two kids who did a TikTok satirizing the value of the Turkish passport have been detained, HANDCUFFED, and banned from leaving the country.

That is such an incredible over-reaction to a comic video. This is an absurdly dark and dangerous response. pic.twitter.com/J3bAHLadbE

Turks frequently complain about the weakness of the Turkish passport as they have to obtain visas to visit many countries. According to the latest report by the Henley Passport Index released in January, Turkey dropped two places on a list of countries with the most powerful passports and now ranks 53rd.

According to the report Turkish citizens can travel to 110 countries visa-free compared to 111 in 2020.