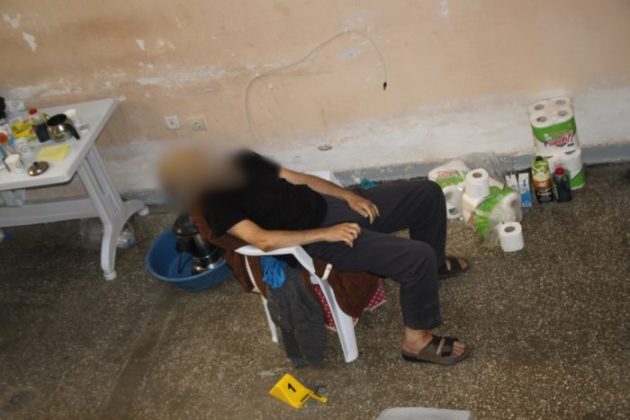 The Gümüşhane public prosecutor’s office said there were no grounds for legal action in the case of Mustafa Kabakçıoğlu, a police inspector who was found dead in a quarantine cell in August 2020, the Stockholm Center for Freedom reported citing Samanyolu Haber news website.

The decision was announced by the family’s lawyer Çiğdem Koç from her Twitter account. “We will object to this decision. None of the issues we have raised were taken into account and no tangible explanation is given,” she said.

Koç also said there were no reports from the inspectors of the Ministry of Justice who were appointed to work on the case.

Kabakçıoğlu was a decorated officer. He was arrested in July 2016 and was summarily dismissed from his job in September 2016 for alleged membership to the Gülen movement. He was sentenced to seven years, six months in prison.

The Turkish government accuses the Gülen movement, a faith-based group inspired by Muslim cleric Fethullah Gülen, of masterminding a coup attempt in July 2016 and labels it a terrorist organization. The movement strongly denies involvement in the coup attempt or any terrorist activity.

Kabakçıoğlu struggled with multiple health problems during his time in prison. Already an asthma patient, the purged officer reportedly lost 40 kilos and developed diabetes while serving time at the Gümüşhane E Type Closed Prison due to the poor conditions of the facility.

He started coughing on August 20 and was put in a solitary cell on suspicion of having contracted COVID-19. He was alone for the next nine days, and it was claimed that he died in his cell after heavy coughing that continued until morning.

A post-mortem COVID-19 test came back negative, which raised doubts about the conditions of his death.

Post-mortem photographs Kabakçıoğlu’s lifeless body revealed he was in a chair in a sitting position, his head drooping back and his nails turned blue. The conditions of his prison cell were also photographed, revealing damp and filthy quarters and dirt on his T-shirt. It was obvious he used the trash bin as a dinner table and did not eat his last meal, seen in the photos untouched on top of the bin.

The prosecutor’s office said Kabakçıoğlu had refused to visit the hospital although he was offered a visit by prison administration. However, a petition Kabakçıoğlu wrote to the prison doctor two days before his death revealed that although he was taking the medications prescribed, he was not feeling better. In the petition Kabakçıoğlu said he experienced swelling in his mouth and legs and he had difficulty speaking and walking.

There was also a previous note from the doctor attached to the petition, in which he asked for Kabakçıoğlu to be taken to a hospital immediately.

Thinking that his death was not due to the coronavirus, Kabakçıoğlu’s family filed a criminal complaint with the Gümüşhane Chief Public Prosecutor’s Office demanding that the parties responsible for the imprisoned police officer’s death be found and punished.

Harun Kabakçıoğlu, his brother, said Kabakçıoğlu died due to gross negligence and ill-treatment.