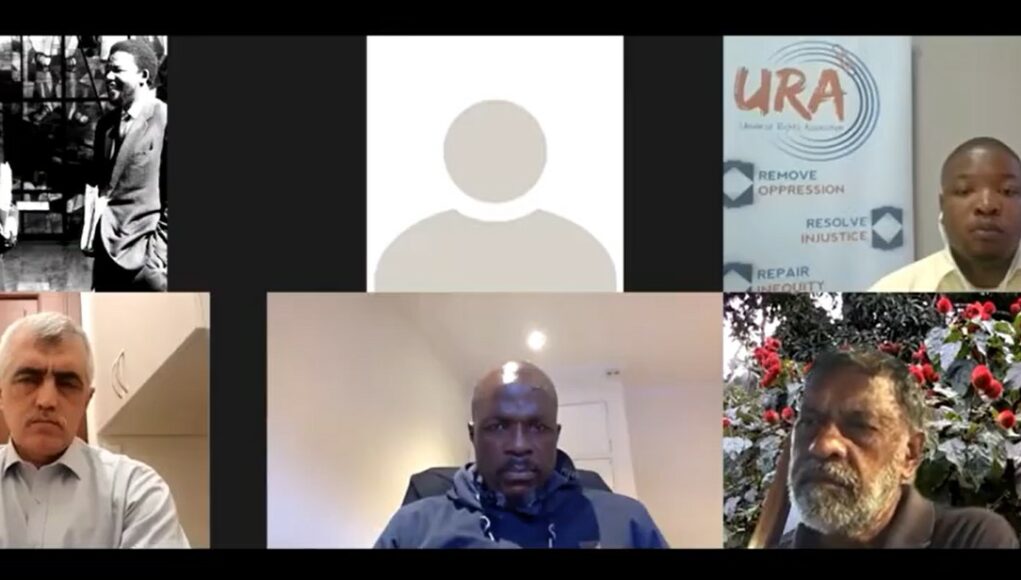 Prominent human rights advocates from South Africa promised at an online event to support Ömer Faruk Gergerlioğlu, a pro-Kurdish MP who was expelled from the Turkish Parliament on March 17, in his fight for democracy.

Human rights lawyers Krish Govender and Mfana Gwala were panelists at an online event along with Gergerlioğlu, organized by the South African-based Universal Rights Association (URA) on Wednesday and titled “Challenges of Being a Human Rights Defender in an Anti-Democratic Environment.”

Peoples’ Democratic Party (HDP) MP Gergerlioğlu, who was stripped of his parliamentary status based on a prison sentence for retweeting a news story in 2016 about the Kurdish conflict and the collapse of the peace process, told the South African lawyers that human rights defenders have become victims of the state in Turkey.

In his comments Govender said he was privileged and honored to be engaged in a conversation with Gergerlioğlu while expressing his support for Gergerlioğlu’s struggle for human rights.

“We also stand with you in great solidarity, we find it very hard to find words when you are going to be arrested in a few days’ time. Knowing the history of Turkey, we can’t even predict if we’ll see you again. As South African human rights defenders, we will keep you in our thoughts and in our struggles,” Govender said.

Gergerlioğlu, who has so far refused to turn himself in to the judicial authorities, should be arrested in several days to serve a two-and-a-half-year sentence handed down to him on charges of disseminating terrorist propaganda.

Drawing comparisons between the Erdoğan government and the apartheid regime in South Africa, Govender said: “Your situation in Turkey is similar to the struggles that we had in the past, as the apartheid regime used the law to declare those opposing apartheid first as communists and later as terrorists.”

“We will give you all kinds of support. What you are doing in a very difficult situation, the fact that as a parliamentarian, your government decided to step in and interfere with you at that level is a sign of great desperation by your government, and it is a sign that your government can go to any lengths to [silence] your voice. Even the apartheid government did not resort to such desperate measures of attacking members of the opposition in parliament and arresting them there,” said the South African lawyer, adding that he admires Gergerlioğlu’s courage, fortitude and commitment to justice.

Gergerlioğlu, who refused to leave the parliament building following his expulsion and launched a “justice watch” in his office, was removed and briefly detained in a dawn raid by dozens of police officers four days after his expulsion.

As for Gwala, who is also an executive member of National Democratic Lawyers, he said he cannot even begin to understand the anxiety that Gergerlioğlu must be feeling at that moment, sitting in the meeting, knowing that there is a prison sentence or life in prison hanging over his head and still be able to keep calm and still pursue his ideals.

Gwala also expressed outrage about the human rights violations taking place in Turkey and said these violations are even worse than those that occurred under apartheid.

He said that although the apartheid regime was very bad, they showed respect to people at some point and wouldn’t come to a church and arrest people while they were worshipping. “I can’t imagine, Turkish police come when you’re praying in your pajamas, arrest you in such indignity and disrespect. We realize that democracy and justice are not guaranteed in Turkey,“ he said, referring to Gergerlioğlu’s detention in the parliament building in his pajamas without being allowed to perform morning prayer.

“Being a human rights defender in Turkey is not easy. The most important reason for that is that human rights is not a right in Turkey that has been gained through a worthy fight. It has usually been top-down rights given to the people; therefore, it has not been easy to defend human rights. Turkish rulers determine the limits of the rights. Unfortunately, the concepts of democracy and freedoms have not been improved in Turkey,” Gergerlioğlu said during the panel discussion.

He explained that ethnic, sectarian and religious discrimination exist in Turkish society and that the Kurdish problem has not been solved throughout the decades, leading the problem into an armed struggle.