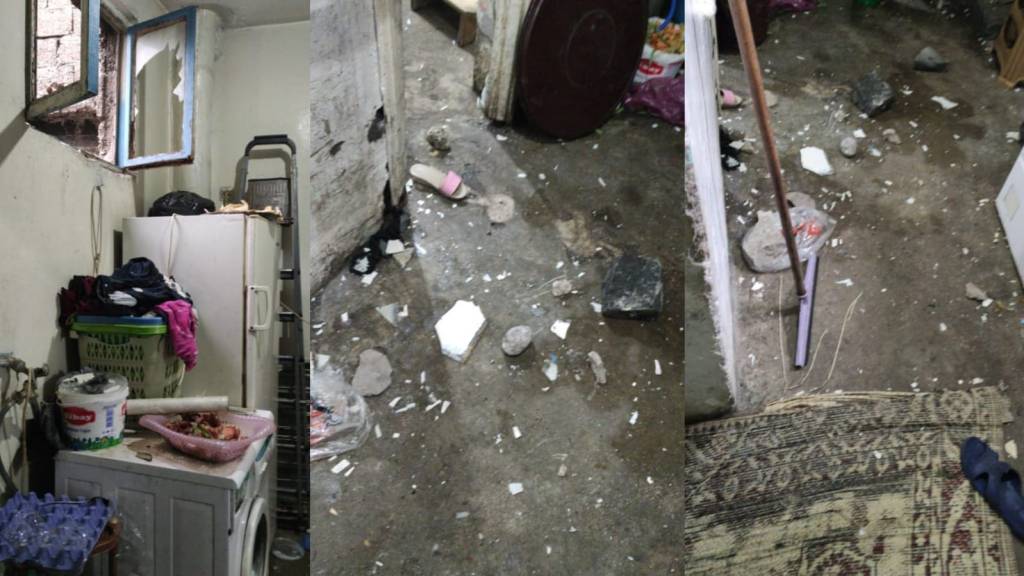 A Syrian refugee family living in Turkey’s southeastern Gaziantep province was attacked in their home on March 28 in an apparent hate crime, the Stockholm Center for Freedom reported citing the Evrensel daily.

In a video posted on Twitter, the mother is heard saying they feared for their lives. “They threw rocks at our house! Why are we constantly subjected to racism?” she said. The mother added that although they had been living in Turkey for six years, they did not feel safe.

“My child was punched in the eye,” she said. “My children are afraid of Turks.”

Although the family claimed the incident was a hate crime, Gaziantep Governor Davut Gül said it was just a neighborhood quarrel. “This is no different than any other neighborhood dispute,” he said. “The governor’s office has followed up on the family regarding their security.”

Gaziantep, a city near the Syrian border, has become home to half a million Syrian refugees who were forced to flee their country after a civil war erupted in 2011.

Many Syrians say life has not been easy in Turkey and that hate crimes against Syrian refugees, who are blamed for many of Turkey’s social and economic troubles, have been escalating.

Three refugee women and a child were severely beaten in October in the middle of the street in the southeastern city of Antep.

A 14-year-old Syrian boy, Vail El Mansur, was killed in alleged hate crime in on his way to work the same week.  He was confronted by a group of boys who chased him into an alley, where one of them stabbed him. He died of his injuries in the hospital.

Sixteen-year-old Syrian Eymen Hammami was stabbed to death in the northern city of Samsun in September.

Syrian refugee Abdulkadir Davud, 21, was shot dead on August 18 in what appears to be a hate crime in the Zeytinburnu district of İstanbul. On September 13, 16-year-old Syrian Eymen Hammami was stabbed to death in another alleged hate crime in the Black Sea city of Samsun.

According to the “Hate Speech and Discriminatory Discourse in Media 2019 Report,” published by the Hrant Dink Foundation, Syrian refugees in Turkey were the second most targeted group in the Turkish media, with 760 hate speech items. According to the report they were systematically coded as criminals, murderers and thieves who posed imminent security problems including terrorism. Syrians were also represented in the media as the reason for the current adverse economic situation in Turkey and rising unemployment numbers.

Despite Syrians being blamed for the deteriorating economic situation, they have suffered the most as they were unable to obtain work permits, which has left them vulnerable to extortion by employers.

Most Turks believe that Syrian refugees are financially supported by the government and are well-off.

This presumption is based on an agreement that was signed between the European Union and Turkey in 2016. According to the agreement the EU granted Turkey a total of €6 billion in humanitarian assistance. These funds were meant to cover the basic needs of refugees.

However, many Syrians have said these funds are far from sufficient and that they have to work long hours in terrible conditions to make ends meet.

About 40 percent of children remain out of school, and 64 percent of urban Syrian households live close to or below the poverty line, according to the Brookings Institution, risking the creation of “an isolated and alienated underclass”.

Syrians have also expressed a sense of being “stuck” as they ultimately wanted to reach Europe but were forced to remain in Turkey.

This was also due to the EU-Turkey agreement, which aimed at stopping the flow of irregular migration via Turkey to Europe. According to the EU-Turkey statement, all new irregular migrants and asylum seekers arriving from Turkey in the Greek islands and whose applications for asylum had been declared inadmissible should be returned to Turkey.

As a result, Turkey is by far the world’s biggest refugee host nation, with 3.7 million registered Syrians already and a population that keeps growing as approximately 500,000 Syrian children have been born there since the crisis began.