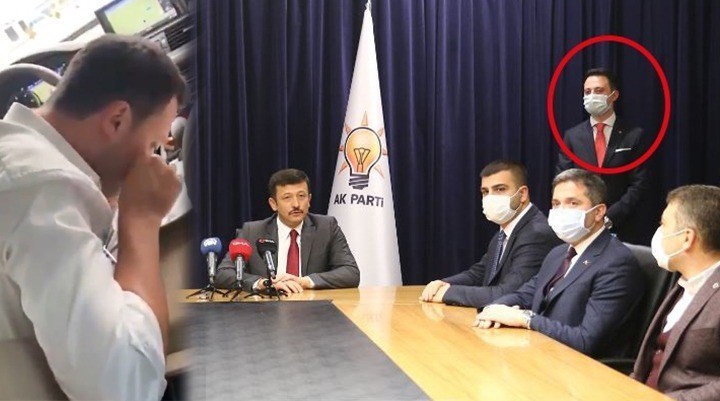 An employee at Turkey’s ruling Justice and Development Party (AKP) headquarters who was briefly detained last week after a video emerged showing him snorting cocaine in a luxury car admitted to having taken the drug despite telling the police it was actually powdered sugar.

Kürşat Ayvatoğlu has been occupying the Turkish national agenda for several days sparking a debate about how people close to the AKP quickly get rich and how their crimes are ignored by judicial authorities.

Ayvatoğlu was detained following the emergence of the video on Friday but was released the same day. Ayvatoğlu told the police it was powdered sugar, not cocaine, in the video and that it was meant as a joke for his friends.

Ayvatoğlu’s apparent lying to the police unleashed a flurry of jokes and ridicule among Turkish social media users, who said the police and authorities did not show the same kind of tolerance and understanding to critics of the government or the president since hundreds of people face legal action on insult charges due to their social media messages.

Vedat Milor, a famous Turkish food critic, tweeted: “An embarrassing confession. Although I have been in the food business for 40 years, I never knew that powdered sugar could be consumed through the nose. My shortcomings in restaurant management have begun to pile up and have left my successes behind.”

Ayvataoğlu was again detained on Sunday following the reaction on social media. A statement from the prosecutor’s office said the substance in the video was found to be cocaine.

Following his detention, a statement was posted on Ayvatoğlu’s Twitter account by his family in which Ayvatoğlu admitted to having used drugs. He said he felt more responsibility for his family following the death of his father and got closer to the people in the AKP government, hoping they would help him “open new doors.”

He said he was introduced to the world of drugs and could not get out of that “swamp” although he knew what he was doing was wrong.

Ayvatoğlu also apologized to members of the AKP for making them a focus of criticism due to his actions.

When the video first emerged, AKP deputy chairman and İzmir MP Hamza Dağ issued a statement denying reports that Ayvatoğlu was his advisor. Dağ said he was a staff member at AKP headquarters in Ankara and that his employment contract was cancelled after the controversial video was put online.