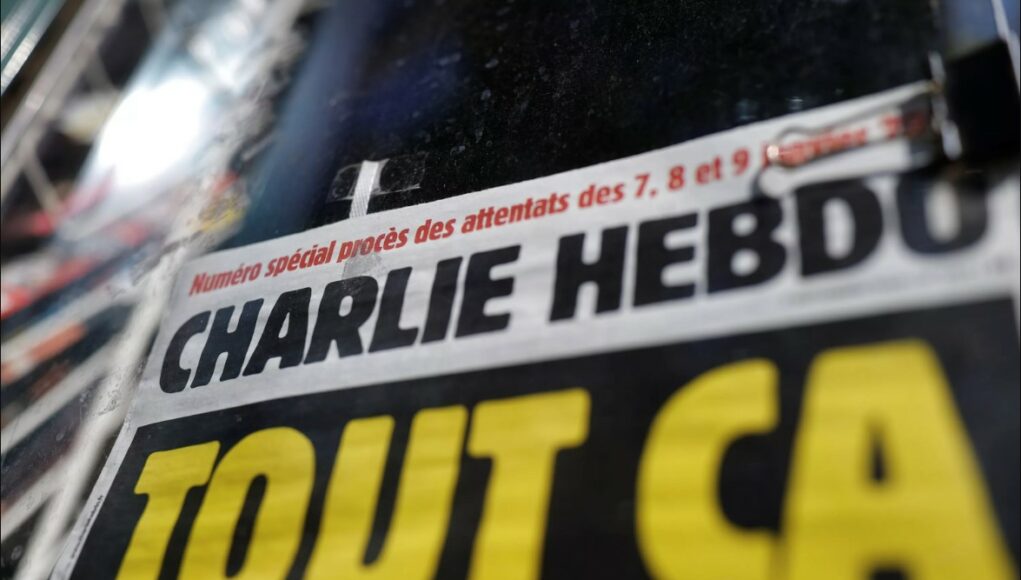 An indictment drafted by a Turkish prosecutor seeks a prison sentence of up to four years for four staff members of the French satirical weekly Charlie Hebdo on charges of “insulting” Turkish President Recep Tayyip Erdoğan by way of a cartoon published last year, the state-run Anadolu news agency (AA) reported on Friday.

Ankara Chief Public Prosecutor Ahmet Akça, who drafted the indictment, accuses cartoonist Alice Petit and three managers of the famous satirical weekly, Gérard Biard, Julien Sérignac and Laurent Sourisseau, of insulting Erdoğan through a cartoon that depicts the Turkish president sitting in his underwear, drinking a beer and lifting the skirt of a woman wearing an Islamic dress.

In the indictment Akça described the cartoon, which was on the cover page of the Charlie Hebdo issue published on Oct. 28, 2020, as “vulgar, obscene and dishonorable,” arguing that it “doesn’t in any way fall within the scope of freedom of expression or the press.”

Amid heightened diplomatic tensions between Ankara and Paris in October, the cartoon had aroused the anger of Erdoğan, who said he had not looked at the drawing and had nothing to say about the “dishonorable” publication.

Relations between France and Turkey have been battered by disputes over the conflicts on Libya, Syria and Nagorno-Karabakh, and Turkish accusations of Islamophobia in France.

The announcement of the indictment came a few days after President Emmanuel Macron warned in an interview on Tuesday against Turkish meddling in France’s presidential elections next year and in the midst of controversy in France over the financing of a mosque supported by the Milli Görüş (National View) Islamic Confederation (CMIG).

The CMIG, a pan-European movement for the Turkish diaspora, is one of three Muslim confederations in France that have refused to sign a new anti-extremism charter championed by Macron, who wants to crack down on Islamic extremism, which he blames for a series of deadly terrorist attacks in France since 2015.

Reporters Without Borders (RSF) on Friday “strongly condemned” the lawsuits against the representatives of Charlie Hebdo, underlining that the new prosecution was “aimed to intimidate the right to cartoon.” RSF also called on Turkish authorities to eliminate Article 299 of the Turkish Penal Code (TCK), which deems it illegal to “insult the president of Turkey,” since it “led to the sentencing of least 64 journalists since July 2014.”

Turkey is ranked 154th out of 180 in the press freedom index published by RSF.