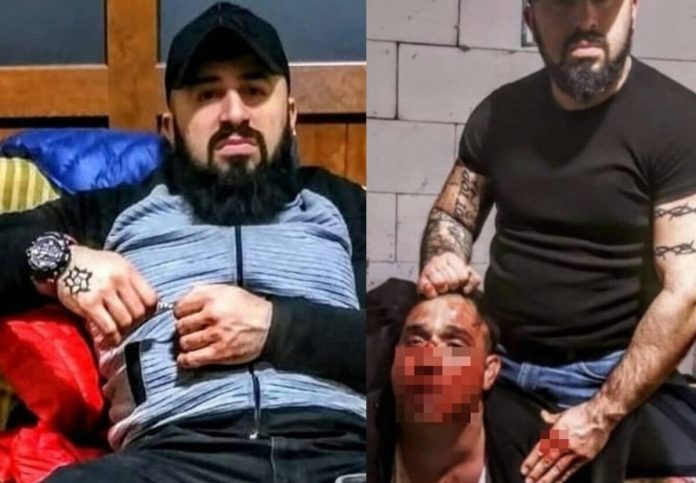 Photos of a man identified as Fırat Kaya displaying a person whose face is covered in blood with a caption including the name of the victim and calling him a “pervert gay scum” led to outrage among Turkish social media users on Thursday, the Stockholm Center for Freedom reported.

A campaign was started on Twitter with the hashtag #FıratDelikanlıTutuklansın (arrest Fırat Delikanlı, referring to the name the attacker used on social media). In a statement the bar association of the western city of Aydın, the hometown of the victim, said: “Following an inquiry we have learned that the incident took place in Kocaeli province … The Kocaeli Public Prosecutor’s Office is investigating the incident. F.K. has a long record that includes many crimes.”

Later in the day the prosecutor’s office in Kocaeli said the suspect had been detained, according to the Bianet news website.

The incident came less than a week after Turkish President Recep Tayyip Erdoğan issued a decree pulling his country out of the Istanbul Convention, the world’s first binding treaty to prevent and combat violence against women and domestic violence.

Turkish conservatives had claimed the charter damages family unity, encourages divorce and that its references to equality were being used by the LGBT community to gain broader acceptance in society.

The Turkish Presidency in an official statement blamed the LGBT community for the withdrawal from the convention, arguing that “the Istanbul Convention, originally intended to promote women’s rights, was hijacked by a group of people attempting to normalize homosexuality – which is incompatible with Turkey’s social and family values. Hence, the decision to withdraw.” This view is also supported by conservative groups and officials from Erdoğan’s Islamic-oriented ruling Justice and Development Party (AKP) who claim the agreement promotes homosexuality and encourages divorce, undermining what, in their view, constitutes the “sacred” family.

Yet, the convention does not require that state parties attribute a particular legal status to intersex and transgender persons. The parties are merely required to avoid, within the convention’s scope of application, any discrimination on the grounds of gender or sexual identity, as well as on other grounds, such as race, color, language, religion, political or other opinion, national or social origin, association with a national minority, property, birth, age, state of health, disability, marital status or migrant or refugee status.