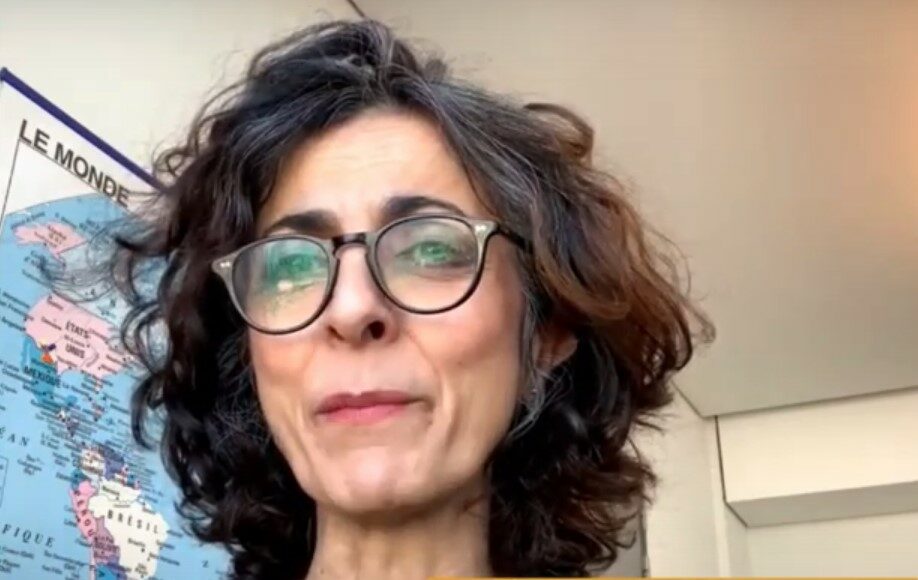 Maria Arena, a Belgian member of the European Parliament (EP) and chairperson of the EP Subcommittee on Human Rights, said on Monday the European Union must protect its territory against the Turkish government’s bid to intimidate its critics residing in the EU with the same vigilance it uses to counter Ankara’s claims to EU “territory” in the eastern Mediterranean.

Arena’s remarks came after a question by Drougka on death threats from far-right Turks received by German-Kurdish lawmaker Sevim Dağdelen, who is known for her outspoken criticism of the Turkish government’s policies.

Answering a question on the plight of people imprisoned on political charges in Turkey after a failed coup in 2016, the Belgian politician said Erdoğan had accused the Gülen movement, a faith-based group inspired by Fethullah Gülen, to demonize the group in his bid to grab power.

Saying that the recent move to close the pro-Kurdish Peoples’ Democratic Party (HDP), the third-largest group in parliament, is unacceptable, Arena said the Erdoğan administration had started to act “more like a ‘regime’ than a democracy.”

Also remarking on the Turkish government’s decision to withdraw from the Istanbul Convention, a treaty to combat violence against women signed by 45 countries and the European Union, Arena said women and LGBT people are the first to be targeted by governments with authoritarian tendencies.

In September 2020 Abdullah Bozkurt, who has been living in Sweden since 2016 due to a number of court cases against him, was attacked on Sept. 24 by three men outside his apartment. Bozkurt sustained injuries to the face, head, arms and legs. Swedish authorities are still searching for the perpetrators, who fled after the attack.

Managed by Bozkurt, the Swedish-based Nordic Monitor news website produces exclusive, document-backed stories on rights violations in Turkey. The attack came a day after he reported on a secret Turkish Intelligence Organization (MİT) rendition flight from Kazakhstan during which an Erdoğan critic was tortured.

Bozkurt had been receiving threats for a while. Pro-government Turkish columnist Cem Küçük during a live broadcast in June had openly called on MİT to assassinate Bozkurt.

Bozkurt held a press conference following the attack and vowed that Nordic Monitor would be increasing its exposure of human rights violations in Turkey in order to further boost awareness around the world.

Since the coup attempt in July 2016, the Turkish government has been stepping up pressure on dissidents, in particular Kurds and Gülen movement members. After the abortive putsch, Erdoğan launched a massive crackdown on non-loyalist citizens under the pretext of an anti-coup fight, which led to the prosecution of thousands of people on trumped-up terrorism or coup charges.