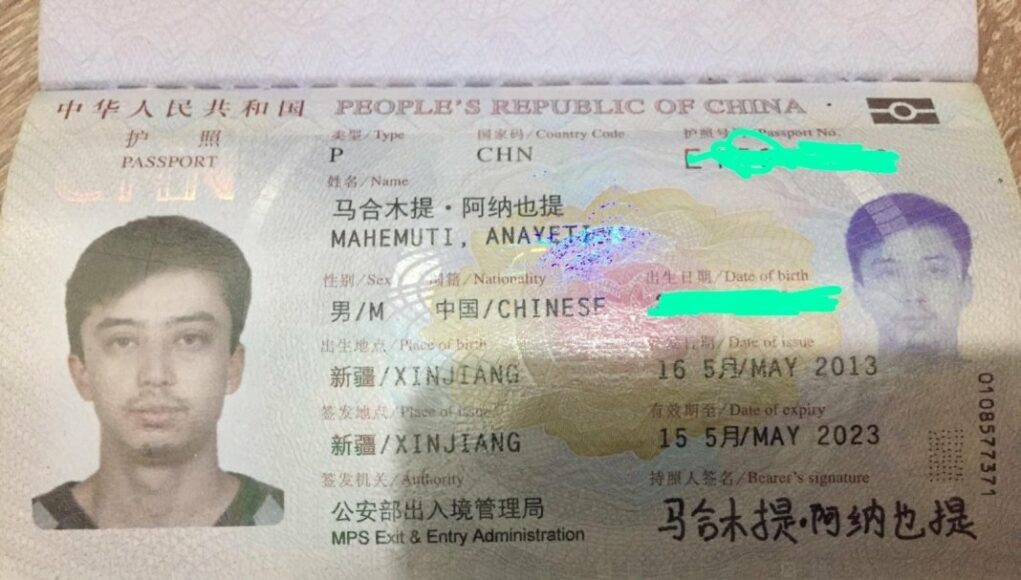 The Turkish government is continuing to arrest members of Uyghur diaspora in the country during the official visit of Chinese Foreign Affairs Minister Wang Yi to Ankara on March 25-26, the Stockholm Center for Freedom reported.

Police detained Anayeti Mahemuti a day before the Chinese foreign minister’s visit, according to Kuzzat Altay, president of the Uyghur American Association. “Turkish police told his wife and three children he would be deported to China,” Altay tweeted.

Altay said Uyghurs living in Turkey fear deportation to China and “can’t speak up for” other diaspora members arrested by Turkish authorities.

Yi is visiting Ankara today at the invitation of the Turkish government for meetings with his Turkish counterpart and President Recep Tayyip Erdoğan.

An Uyghur father got arrested in Turkey. Turkish police told his wife and three children he will be deported to China.

So far, there are four confirmed cases of deportation. Mahmutjan is arrested one day before the Foreign Minister of China visiting Turkey. pic.twitter.com/ZUkUrSaAOD

In the meantime, Uighur rights advocate Seyit Tümtürk announced from his Twitter account that he was taken under police supervision in his house in the central Turkish province of Kayseri ahead of the visit by the Chinese minister.

Tümtürk said he was banned from leaving his house and police officers were waiting in front of his house as part of coronavirus measures; however, he said he is neither infected with the virus or a contact person. The rights advocate said Turkish authorities were keeping him in his house to prevent him taking part in the protest in Ankara against the China’s persecution of the Uyghurs.

The visit comes against the backdrop of an escalating row between China and Turkey’s Western allies over Beijing’s treatment of the Muslim Uyghur minority in Xinjiang.

Speaking to AP, Fatma Hasan, a 21-year-old Uyghur demonstrator, said she believes Wang will pressure Turkey to ratify the agreement. “If there is pressure, and the agreement is signed, we will be returned,” she said. “We are here (protesting) because we don’t want to end up in such a situation.”

Turkey has been a destination for thousands of Uyghurs fleeing China and home to a sizable Uyghur diaspora. But a Turkey-China extradition treaty signed in 2017 that is still awaiting ratification by the Turkish parliament led to fears that it could be used to target Uyghurs living in Turkey.

An estimated 50,000 Uyghurs are currently living in Turkey, making it the largest Uyghur diaspora in the world.

In January Turkish police raided the homes of some Uyghur refugees and detained between 10 and 15 of them. According to the members of the Uyghur diaspora, they were detained for their alleged ties to terrorist groups but have never been involved in terrorist activities.

The Uyghurs have sought refuge in Turkey because of their shared cultural ties. Turkey, however, has become less vocal about the plight of the Uyghurs in recent years as it has developed economic ties with China.

On March 10 a motion calling the Chinese treatment of its Uyghur Muslim minority in northwestern Xinjiang province “genocide” was voted down by Turkey’s ruling Justice and Development Party (AKP).

The United States, the European Union, Britain and Canada imposed sanctions on several Chinese officials for human rights abuses against the Uyghurs living in China’s Xinjiang province on Monday.

The EU sanctions are the first significant economic penalties the bloc has imposed on China since Beijing’s violent crackdown on pro-democracy protesters in Tiananmen Square in 1989.

China’s Foreign Ministry denounced the sanctions as “based on nothing but lies and disinformation,” announcing its own sanctions against 10 European individuals and four institutions, including five members of the European Parliament.