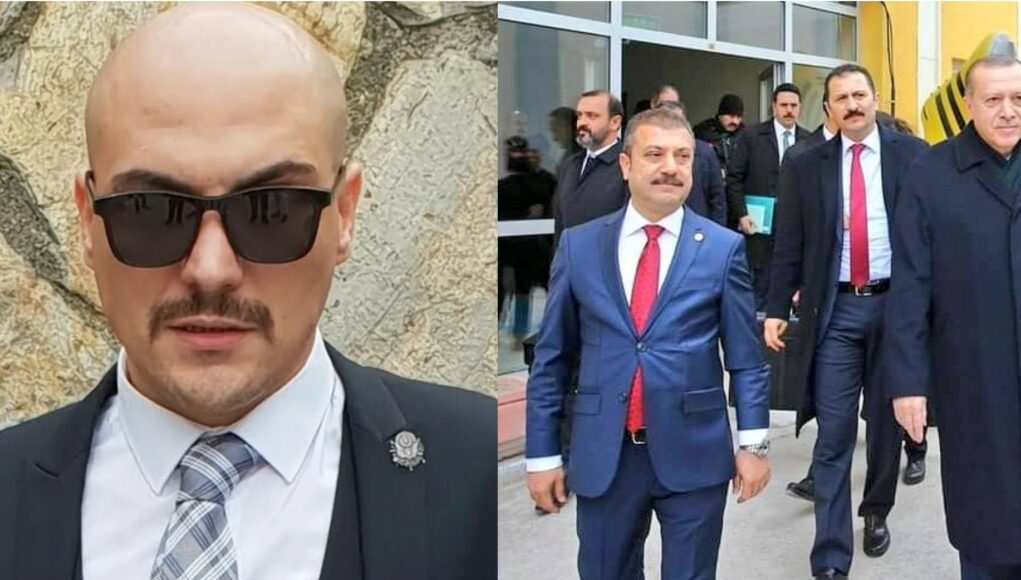 The newly appointed governor of the Turkish Central Bank was accused of laundering money for the mafia and a neo-nationalist gang when he was deputy general manager of state lender Halkbank, Nordic Monitor reported citing court documents.

The allegations about Şahap Kavcıoğlu, the 54-year-old central bank governor who was appointed by Turkish President Recep Tayyip Erdoğan on March 20, 2021, was made by an operative named Özkan Kurt, a member of the Nationalist Movement Party (MHP) who was convicted on multiple charges.

Both Kurt and Kavcıoğlu claim their origins from Bayburt, a small province in Turkey’s northeast. Kurt, who ran several nightclubs in Istanbul and Antalya, was involved with a neo-nationalist group that committed murders and carried out criminal plots in Turkey. He was convicted, served time and released early under an Erdoğan government amnesty. He currently owns a company called the By Imera Group, involved in all kinds of businesses from construction and advertising to event organizing and debt collection.

According to the statement Kurt gave to the police on January 4, 2010, Kavcıoğlu had been laundering money raised by a group led by notorious figures from the mafia and an organized crime syndicate. The gang apparently set up secret video surveillance in hotels, luxury villas and casinos to record the sexual affairs of businessmen who they had lured in order to blackmail them later into paying money to prevent a scandalous exposé.

The venues equipped with secret video recording devices were a hotel located in the village of Kemerburgaz in Istanbul province owned by Mustafa Kalender, a known criminal figure who ran a prostitution ring in multiple hotels in the province and was involved in the sex trafficking of foreign women. Kalender and his associates were rounded up in November 2009 when a Turkish prosecutor launched a crackdown on the organization.

It turned out the gang put some police chiefs, prosecutors, judges and government bureaucrats on the payroll and even sent them prostitutes to provide sexual favors on demand. The investigation revealed that Kalender had seven hotels and three discos in the Fatih and Büyükçekmece districts and had forced some 200 women to work as prostitutes in his criminal enterprise.

The police detained 37 people including the owners and managers of the luxury hotels where the prostitution took place and seized 37 unlicensed guns during a search of the premises. One hundred twenty foreign women who were brought for sex trafficking on behalf the organization were also detained for screening and possible deportation from Turkey on immigration and visa violations. The group was raising TL 1.5 million cash ($1 million) a month from the prostitution ring alone, according to the investigation file.

According to Kurt’s police file, Kavcıoğlu was also handling the money donated to the neo-nationalist group by businessmen such as Bedrettin Dalan and Mehmet Kurt, who were bankrolling some plots for political goals. Dalan was also indicted and fled Turkey but later returned after the Erdoğan government’s amnesty legislation.

According to his deposition, Kurt was introduced to the group in 2006 at a reception organized by Şenol Küçük, the right-hand man of convicted mafia leader Sedat Peker, who later became an ally of Erdoğan. At the meeting, he met Veli Küçük, a retired major general who was the founder of a secret intelligence unit in the gendarmerie that was involved in extrajudicial killings, plots and schemes, as well as Cemal Temizöz, a colonel who was tried on charges of involvement in extrajudicial killings in the Kurdish-dominated southeast of Turkey.

More meetings followed the initial encounter, and Kurt became a trusted man for the organization, which gave him some assignments to carry out in secrecy. One of the jobs he did was to enter into his computer hand-written notes delivered to him by a noncommissioned officer identified only by his first name, Bahadır, store them on a flash drive, print them out and give them back to a courier. He was asked to reformat his computer after each job.

In one of the notes he said he saw the group set up nine assassination cells composed of five operatives each. Five cells that comprised mafia members, convicted criminals and people who had served time in prison were under the control of Sami Hoştan, a well-known drug lord. The remaining cells, composed of retired military members and former police officers, were under the orders of Mehmet Selahattin Merih, a convicted drug trafficker.

All the money generated by the criminal enterprise was moved, laundered and invested in various schemes by Kavcıoğlu according to Kurt, who got to know insiders in the organization and learned the details of their modus operandi.

Kurt was detained in 2010 after a CCTV recording identified him as sending a fax message that threatened prosecutor Zekeriya Öz, who had investigated the neo-nationalist group, murderers and drug lords. Öz was the number one target for criminal groups because they suffered heavy losses under the crackdown launched by him and his associates in the Istanbul Chief Public Prosecutor’s Office. Kurt said the message was dictated to him on the phone by courier Bahadır and that he was not really planning to act on the threats.

He was arrested in 2010 and remained in jail until 2014. At the end of his trial in 2013, he was convicted and sentenced to 13 years, six months. However, President Erdoğan intervened in the case and secured the release of the gang members including Kurt with a bill he pushed through parliament.