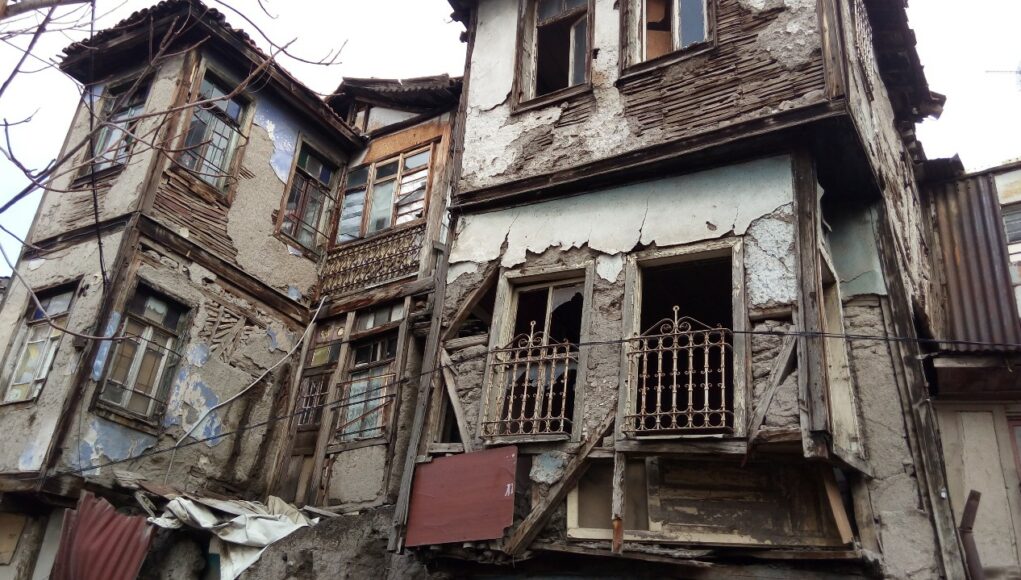 The Jewish heritage of Turkey’s capital city, Ankara, which dates back to the 2nd century BC, is faced with destruction as the abandoned homes of the city’s Jews, who at one point numbered around 5,000, have been identified as a site for urban renewal. Demolition of the Jewish neighborhood is scheduled to begin soon unless the controversial project is scrapped.

Ankara, which became the capital after the proclamation of the Turkish Republic, enjoyed a vibrant Jewish community during the Ottoman era. While the immigration of Jews fleeing Spain in the 15th century contributed to their numbers, the community’s origins can be traced to before Christ. Once a population of 5,000, they now consist of about 50 people. Of the three synagogues in Ankara, two vanished without a trace and the last one, the Ankara Synagogue, is often closed.

The area, which in Ottoman times was called the Jewish neighborhood (Yahudi Mahallesi in Turkish), is now mainly vacant after most of its residents chose to settle in Israel or left due to pressures in the country. Even though they are abandoned, these two-story houses made of wood and clay still carry traces of the community that used to live there. Back when Turkey’s diplomatic ties with Israel were normal, Israeli government officials who visited Turkey often made headlines by stopping by the synagogue. Left without a congregation as a result of the emigration, the synagogue now only opens its doors only for special occasions and guests.

The Chamber of Architects of Turkey warned against the removal of the community’s footprint. Tezcan Karakuş Candan, head of the chamber’s Ankara branch, said: “Urban renewal plans clearly mean something considering that the Jewish neighborhood was hit by suspicious fires [in the past]. Home to Ankara’s multicultural heritage, the Jewish neighborhood is under threat.”

Enver Arcak, a researcher who in an effort to save the neighborhood from being forgotten produced the documentary “Hermana” based on the memories of the area’s old residents, points out the dangers of a restoration project that could spell the destruction of the neighborhood’s identity.

The documentary derives its name from the word Ankara’s Jews used to address each other and contains recollections of the neighborhood’s last living witnesses who are now in their later years. Its production was heard of in Israel, which allowed a number of photos and memories to be collected for it. Depicting the neighborhood’s past splendor, the pictures are the most significant evidence of its past. “Hermana” will be the only thing that remains of the neighborhood if the transformation goes forward as planned.

According to the Ministry of Environment and Urbanization, the area is planned to undergo a renewal encompassing an area of some 270,000 square meters. Of the 895 buildings located in it, 191 are houses that used to belong to the Jewish community.