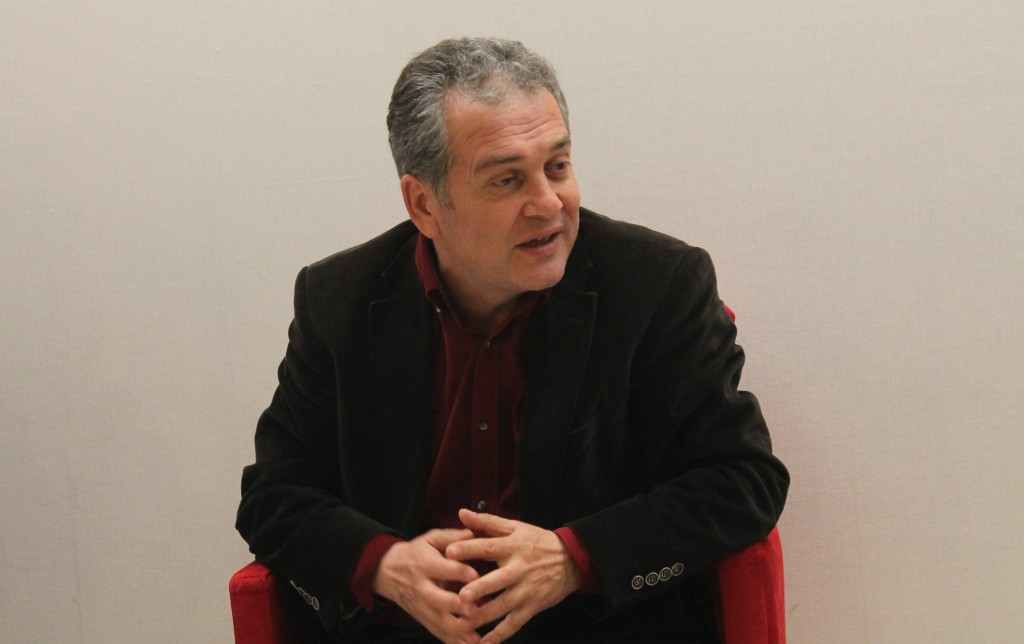 Theology professor Mustafa Öztürk, who is known for his anti-Semitic, anti-Western and genocidal discourse, has been invited to pursue his academic studies at Germany’s University of Münster (WWU). Öztürk said he has accepted the invitation.

Öztürk released a statement on Monday on Instagram announcing that he had received an invitation to work at the university’s department of Islamic theology. In a message he posted from the airport, Öztürk said: “Let’s go already. I wish everyone sanity in this madhouse.”

An adamant supporter of President Recep Tayyip Erdoğan until recently, Öztürk had found himself in a row with Turkey’s Islamists over his comments on some Quranic verses and had to retire from İstanbul’s Marmara University. Öztürk’s description of the country as a “madhouse” was an apparent reference to the controversy.

Öztürk has a record of outspoken anti-Semitism. In November 2014 he appeared on a program on the pro-Erdoğan 24TV where he said that Jews deserve damnation.

“These ‘descendants of snakes,’ as Jesus called them, are seeking to provoke unrest by making their way to the mihrab of the mosque in Jerusalem, trampling with their boots the things we hold sacred,” Öztürk said, referring to Israeli soldiers’ raid of the Al-Aqsa Mosque. “These are a breed that ground down Moses and Aaron. I am not being anti-Semitic here, anyone interested can take a look at the Book of Nehemiah and read from their own book what acts of ingratitude their people committed against God. They deserve to be cursed, as the Quran said. God damn them.”

On the “Sözden Öte” (Beyond the Word) YouTube channel, where Öztürk was a regular guest, his comments on Jews appear to have been removed, although the program is available on other YouTube channels. His remarks were also reported by a number of newspapers and news websites and are still accessible.

His rise during Erdoğan’s rule

Öztürk’s rise in popularity occurred during the nationwide Gezi Park protests in the summer of 2013, which at the time were considered by many the Turkish version of the Arab Spring. Starting in İstanbul, the protests took over the country after millions joined. They were brutally suppressed by the police on the instructions of then-Prime Minister Erdoğan, with the resulting violence claiming the lives of 10 people and injured hundreds.

As the drama was unfolding Öztürk, who was a lecturer at Çukurova University, attracted the government’s attention with his politically charged publications. Later on, he was appointed to Marmara University. In his columns published in the pro-Erdoğan Star newspaper, he alleged that countries like Israel, Germany, France and the UK were behind the protests. According to him, with Erdoğan at the helm Turkey had become an economic power to be reckoned with, and these countries were orchestrating the protests to stop Turkey’s ascent.

“Barons. They are the ones who from outside the country managed the Gezi Park incident in Taksim in an attempt to turn it into a widespread uprising. To expose their identity, it would suffice to take heed of the news reports coming out of Israel. Likewise, the attitude taken by countries like Germany, the UK and France could give enough of an idea that these barons are an international coalition. Their problem is that the new Turkey is a bit too much. Their problem is that Justice and Development Party [AKP] rule has been a source of irritation for them, especially in the economy, by spending the country’s money in investments beneficial to the public such as the third bridge [over the Bosporus], Marmaray [the undersea tunnel below the Bosporus] and roads and highways instead of spending all of it to pay interest,” Öztürk wrote in a column published on June 15, 2013.

Call for the massacre of Gülen movement followers

US-based cleric Fethullah Gülen was Erdoğan’s next target after the people who joined the Gezi Park protests. Throughout 2014 Öztürk wrote pieces that targeted the large, faith-based movement that Gülen inspired, in line with Erdoğan’s ever-intensifying vitriol against the group. One of the points he focused on was the interreligious dialogue initiatives that the movement was known for.

“The Interfaith Dialogue Project, to which the Gülen group knowingly and willfully contributes, appears to be aimed at creating a genetically modified Islam under the cloak of moderate Islam,” he wrote in February 2014.

Defining the movement as “Protestant Islam,” Öztürk thinks its members should be killed. In response to Yeni Şafak writer Ayşe Böhürler’s questions in August 2016, he said Gülen’s meeting with Pope John Paul II and his links to the Catholic world allowed him to open more than 150 schools in various countries around the world, suggesting that Turkey could eliminate the group altogether.

“When malfunctions are not repaired or at least rehabilitated, these structures ought to be absolutely done away with. For as seen in FETÖ, they don’t create any values for the religion, nation, state, civilization or even humanity,” Öztürk said, using the derogatory term coined by Erdoğan’s government to refer to the movement. “That is why they should be destroyed on an institutionalized level.”

A while ago, Öztürk made headlines in Turkey with the remarks about the Quran. After video footage taken by a student during his lecture at Marmara University, Öztürk’s views caused a controversy on social media. Following the adverse reactions, Öztürk retired.

On March 15 he announced that he had received an invitation from the University of Münster and that he was going to settle in Germany to pursue his academic work.