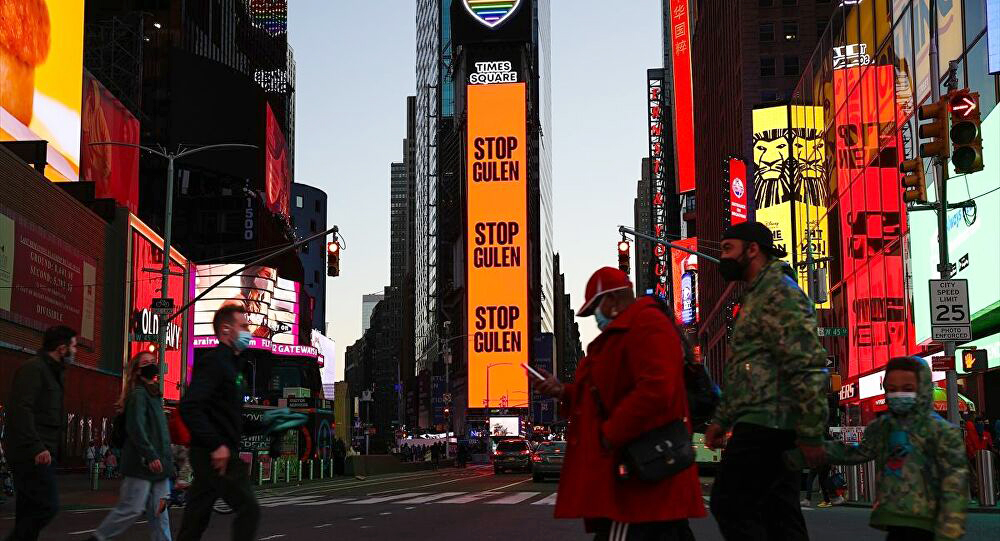 Lobbyists in the US hired by the Turkish government have responded to “Stop Erdoğan” billboards in New York City’s Times Square with “Stop Gülen” billboards, targeting US-based Islamic cleric Fethullah Gülen, against whose movement Turkish President Recep Tayyip Erdoğan has been waging a war for about eight years.

Paid for by Turkish rights group Advocates of Silenced Turkey, a US-based nonprofit focused on addressing human rights violations in Turkey, a billboard in Times Square that read “STOP ERDOGAN” drew the anger last week of Erdoğan’s ruling Justice and Development Party (AKP), which branded it as the work of the Gülen movement. Following the AKP reaction, a Turkish prosecutor launched an investigation into the people responsible for putting up the billboard in Times Square.

Lobbyists working for Erdoğan in the US have taken swift action for a counter attack and sponsored a billboard reading “Stop Gülen” in Times Square. Erdoğan accuses Gülen of orchestrating a coup attempt in Turkey in July 2016 that killed 251 people, a claim strongly denied by Gülen.