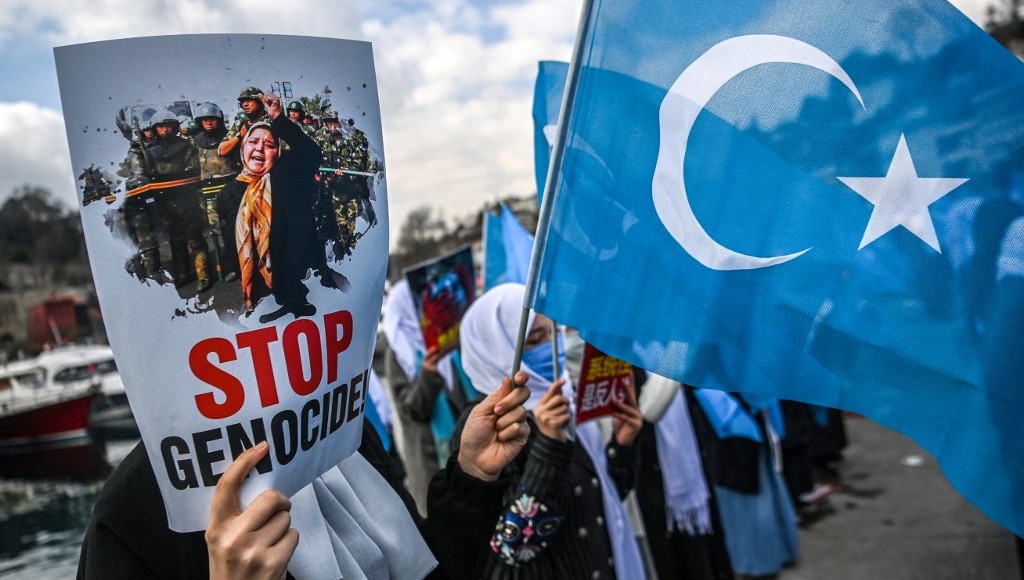 Turkey’s right-wing opposition İYİ (Good) Party submitted the motion last week to Parliament Speaker Mustafa Şentop, asking the parliament to declare China’s actions against Uyghurs “genocide” in accordance with the UN Convention on the Prevention and Punishment of the Crime of Genocide.

Deputies from the far-right Nationalist Movement Party (MHP) chose to abstain from vote in parliament.

The Chinese Communist Party (CCP) denies committing atrocities and abuses against Uyghurs despite a growing body of evidence.

“[Passing the genocide motion] is our responsibility not only to our nation and history but also to the Turkic and Muslim people of East Turkestan,” the İYİ Party motion said, referring to recent resolutions passed by the Dutch and Canadian parliaments calling China’s repression of Uyghurs genocide.

A landmark legal report published on Monday by a non-partisan US-based think tank, the Newlines Institute, claims the Chinese government has breached every single article of the UN genocide convention in its treatment of Uyghurs and bears responsibility for committing genocide.

A BBC report shows that — alongside the re-education camps built across Xinjiang in recent years – China is transferring hundreds of thousands of Uyghurs and other ethnic minorities in Xinjiang to factory and manual labor jobs, often considerable distances from their homes. The Chinese policy involves a high risk of coercion and is similarly designed to assimilate minorities by changing their lifestyles and thinking, the BBC report said.

As Ankara grows more economically dependent on Beijing, the Turkish government is no longer offering a safe haven or defending Uyghur rights. Genocide motions in Western parliaments have also been criticized by government and party officials.

The Uyghurs have sought refuge in Turkey for decades because of their shared cultural ties. Turkey, however, has become less vocal about the plight of Uyghurs in recent years as it has developed economic ties with China.

An estimated 50,000 Uyghurs are currently living in Turkey, making it the largest Uyghur diaspora in the world.

Uyghurs in Turkey not only worry about their families but also fear for their own safety as China recently ratified an extradition agreement with Turkey that was signed several years ago.

Last month a group of Uyghurs staged a demonstration in front on the Chinese Embassy demanding information about their family members in China. While the police did not allow journalists to cover the protest, four of the protestors were escorted into a police van. The police insisted that they were not being detained.