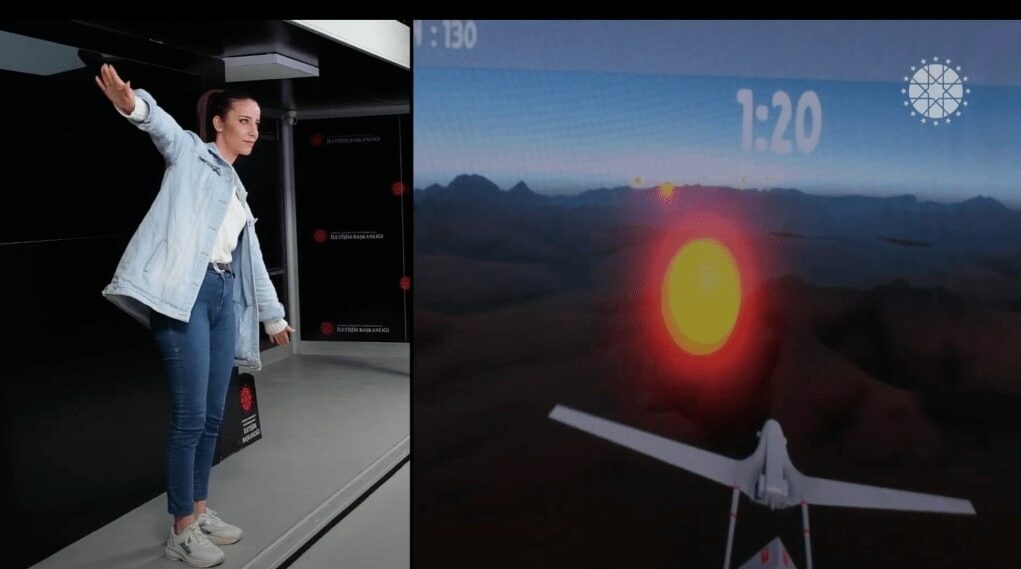 A truck transformed into a digital and technology platform by the Communications Directorate of the Turkish Presidency offers a flight experience with an unmanned aerial vehicle (UAV) to its visitors around Turkey, the Stockholm Center for Freedom reported.

According to a statement from the directorate, the “Digital Truck Project” was launched in the northwestern province of Edirne, and the truck will visit 52 provinces in a year. In addition to the UAV experience, a hologram of the country’s drillship Fatih will be shown to visitors.

The new project is another Communications Directorate propaganda tool to increase support for the government’s political priorities and influence public opinion in favor the government’s increasingly aggressive foreign policy that depends on the use of hard power.

The directorate was established by President Recep Tayyip Erdoğan in September 2018 as an instrument of the new presidential system to control media outlets and direct its propaganda operations.

According to the statement, “Interactive Screen, 3D Virtual Box, Green Screen and Magic Mirror” will also be experienced in the Digital Truck.

“In the Digital Truck, which has an interior area of 40 square meters when it is set up, visitors are greeted by a holographic server with a three-dimensional view that conveys information flow created with high technology elements,” the directorate said.

A new unit within the directorate, the Department of Strategic Communication and Crisis Management, was established in September. One of the duties of the new entity as defined in the presidential decree is “Countering any kind of manipulation and disinformation against the Republic of Turkey by identifying psychological operations, propaganda and misinformation.”

The purpose of the new department was described as “ taking under control any kind of manipulation and disinformation against Turkey.”

In February the directorate revealed that Turkey would create its own fact-checking mechanism to “fight against lies and false facts on social media.”

According to the plan, an online app DOĞRU MU (is it true?), which will be available for IOS and Android systems, is designed to “meet the need to know whether news and information circulating on social media is true or false.”

“It [the app] is currently being tested. It will be launched soon and will be an important tool in our fight for the truth,” Fahrettin Altun, head of the directorate, tweeted about the new app.