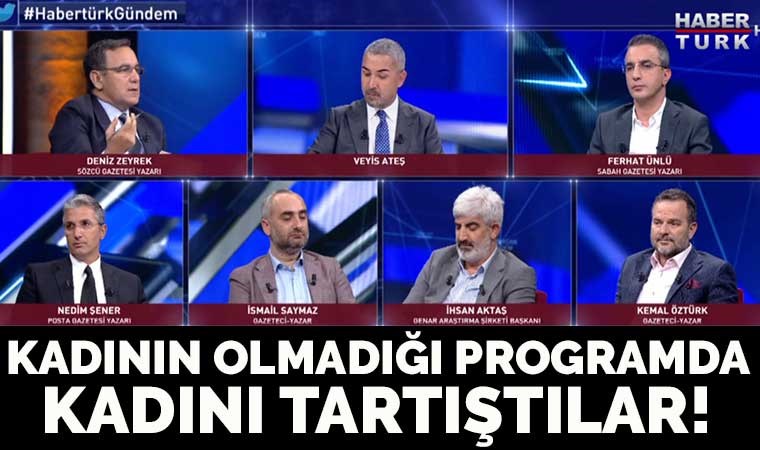 Seventy-seven percent of a total of 6,114 guests appearing on news and talk shows on Turkish TV are male, research conducted for the Association for Supporting Woman Candidates (KA.DER) by İstanbul’s Yeditepe University has shown, the Stockholm Center for Freedom reported citing the Bianet news website.

According to the Bianet report, the TV network with the worst record in terms of gender representation was Bloomberg HT, a business channel, with only 2 percent women guests, followed by CNN’s Turkish franchise CNN Türk with 4 percent. Pro-opposition outlet Halk TV had the best record with 21 percent.

The research analyzed the broadcasts of 13 TV channels, a total of 2,089 programs, during the second half of 2020.

Speaking about the study, president of KA.DER Nuray Karaoğlu said they have documented the inequality that they see with their own eyes on a daily basis. “This is the manifestation of inequality in every segment of society in broadcast media,” she added.

Karaoğlu said there are many female experts in virtually all fields including economy, defense, health, law, education and engineering.

“If the problem is finding female experts, as a non-profit at equal distance from all views and political parties, we say we are creating a women’s expert pool,” she said. “As KA.DER we are ready to help you find expert views on any subject matter.”

Karaoğlu called on media companies to take the findings of the study into account and ensure equal representation.

“To achieve gender equality in society, we need to first achieve equal gender representation in media,” she said. “Our fight will go on until that equality is ensured.”