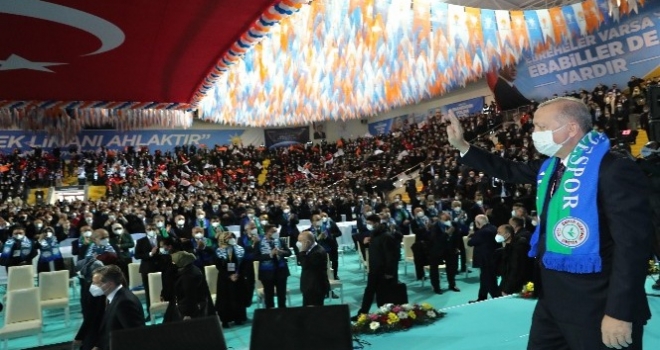 Participants of a ruling Justice and Development Party (AKP) convention held in Ankara on Feb. 17 were offered free COVID-19 tests regardless of the testing criteria determined by Turkey’s health ministry, an opposition lawmaker has claimed in a written parliamentary question.

“Hundreds of people who were invited to the [AKP] convention in the capital were summoned to the presidency and tested for coronavirus for free, regardless of the guidelines for COVID-19 testing, while citizens exhibiting no symptoms of COVID-19 have to pay TL 250 for a PCR [polymerase chain reaction] test,” the lawmaker said.

President Recep Tayyip Erdoğan drew criticism last week when he bragged about how packed the crowd was while giving a speech at an AKP meeting held in the Black Sea province of Rize.

He was criticized for his double standards as restrictions do not allow businesses to remain open or people to hold funeral or wedding ceremonies in groups of over 30 people, while the AKP is able to hold crowded political rallies.

Meanwhile, Thomas B. Cueni, director-general of the International Federation of Pharmaceutical Manufacturers (IFPMA) — the global association of research-based pharmaceutical companies and associations – has shared statistics about vaccines shipped to countries around the world.

The Turkish government began a vaccination campaign on Jan. 14, and more than 7.7 million people had received at least one dose of the vaccine as of Feb. 24. More than 1.3 million of the vaccine recipients have been offered a second dose, according to health ministry data.