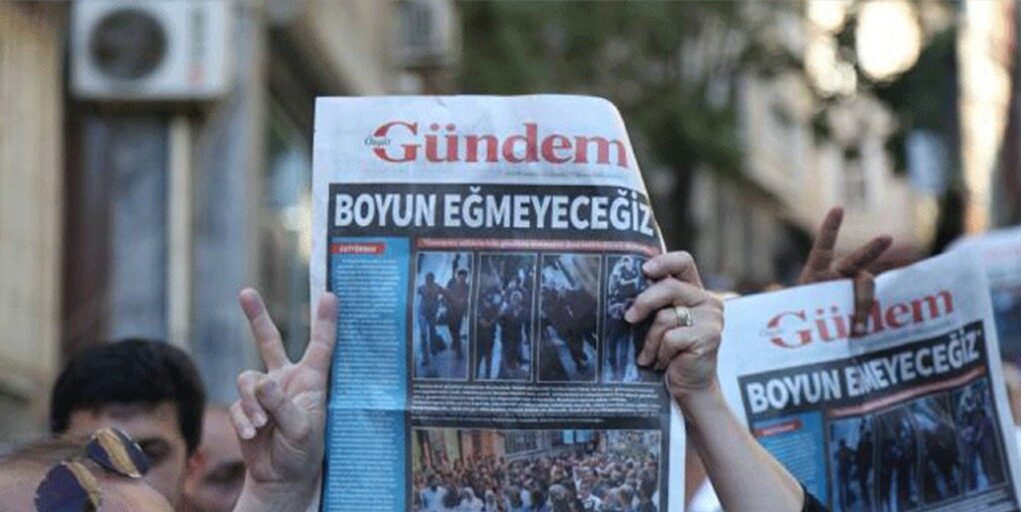 The Committee to Protect Journalists (CPJ) asked Turkish authorities to drop all charges against former staffers of Özgür Gündem, a now-defunct newspaper that had focused on Kurdish issues, in a press statement yesterday, the Stockholm Center for Freedom reported.

“Turkish authorities must end their vindictive prosecutions of former staffers of Özgür Gündem, and stop hunting down anyone who has shown sympathy for the shuttered newspaper,” said CPJ Deputy Executive Director Robert Mahoney. “Authorities should drop all remaining charges against the Özgür Gündem journalists, not contest their appeals, and allow them to live and work freely.”

A Turkish court on Monday handed down suspended sentences to three journalists and prominent human rights activist Eren Keskin, who were tried on charges of terrorism for guest-editing Özgür Gündem.

Lawyer and human rights activist Keskin, the daily’s co-editor-in-chief, and two other executives of the daily, İnan Kızılkaya and Kemal Sancılı, were given suspended sentences of six years, three months on charges of terrorist organization membership, while the daily’s other co-editor-in-chief, Zana Bilir Kaya, was given a suspended sentence of two years, one month on charges of disseminating the propaganda of a terrorist organization.

In August 2016 a court ordered the interim closure of Özgür Gündem for alleged links to the outlawed Kurdistan Workers’ Party (PKK), spreading “terrorist propaganda” on its behalf and waging a war against the state. The daily, which was known for its pro-Kurdish editorial line, was eventually shut down in 2016 by an emergency decree-law adopted by the government in the aftermath of a failed coup in July 2016.

Turkish prosecutors launched investigations into 37 journalists, academics and activists for acting as “editors-in-chief on duty” for the Özgür Gündem daily in 2016. The intellectuals and press freedom activists had launched the campaign in solidarity with the newspaper, which was under heavy government pressure, between May 3 and Aug. 7, 2016.

Turkey is ranked 154th among 180 countries in the 2020 World Press Freedom Index published by Reporters Without Borders (RSF). According to the Stockholm Center for Freedom’s “Jailed and Wanted Journalists in Turkey” database, 175 journalists are currently behind bars in the county, while 167 are wanted and are either in exile or remain at large.