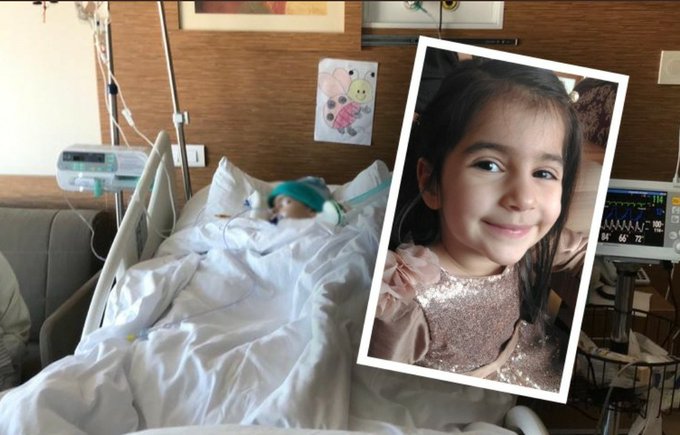 Five-year-old Kübra Kuzan died of cancer on Sunday without being able to see her father, a purged bureaucrat jailed due to alleged links to Gülen movement, one last time after the authorities denied his request to visit her, the Stockholm Center for Freedom reported citing Turkish media.

According to Turkish media, Kübra’s father Ertuğrul Kuzan was dismissed from his job at the Council of Forensic Medicine in the aftermath of a July 15, 2016 coup attempt in Turkey. He was arrested the same year for “membership in an armed terrorist organization” and sentenced to eight years, one month in prison.

Kuzan had asked for the suspension of his prison sentence under the law on the execution of sentences, which stipulates that the sentences of prisoners whose first-degree relatives are seriously ill may be postponed for one year.

The authorities, however, denied his request.

Kübra had been crying for her father in the first months of her illness, but only after she lost her consciousness was her father was allowed to briefly visit her on January 6.

Human rights activist and Peoples’ Democratic Party (HDP) deputy Ömer Faruk Gergerlioğlu shared the news of her death on Twitter, saying Kuzan was only able to see his daughter after their efforts but that she was already in intensive care by then.

Turkey’s post-coup purge has taken a huge toll on human life, making no exceptions for children. Several children such as Ahmet Burhan Ataç, Mehmet Fatih Dedeoğlu, Selman Çalışkan, Eymen Küçükaydoğan, Ali Ihsan Başer and Furkan Dizdar were diagnosed with cancer after their fathers were arrested. Some of these children were unable to cling to life and succumbed to their illnesses. According to doctors, their fragile bodies were not able to withstand the sorrow and affliction caused by the persecution of their fathers.

Following the abortive putsch, the Turkish government declared a state of emergency and carried out a massive purge of state institutions under the pretext of an anti-coup fight. Over 130,000 public servants, including 4,156 judges and prosecutors as well as 20,610 members of the armed forces were summarily removed from their jobs for alleged membership in or relationships with “terrorist organizations” by emergency decree-laws subject to neither judicial nor parliamentary scrutiny.

According to a statement from Interior Minister Süleyman Soylu on November 26, a total of 292,000 people have been detained while 96,000 others have been jailed due to alleged links to the Gülen movement since the failed coup. The minister said there are currently 25,655 people in Turkey’s prisons on allegations of affiliation with the movement.