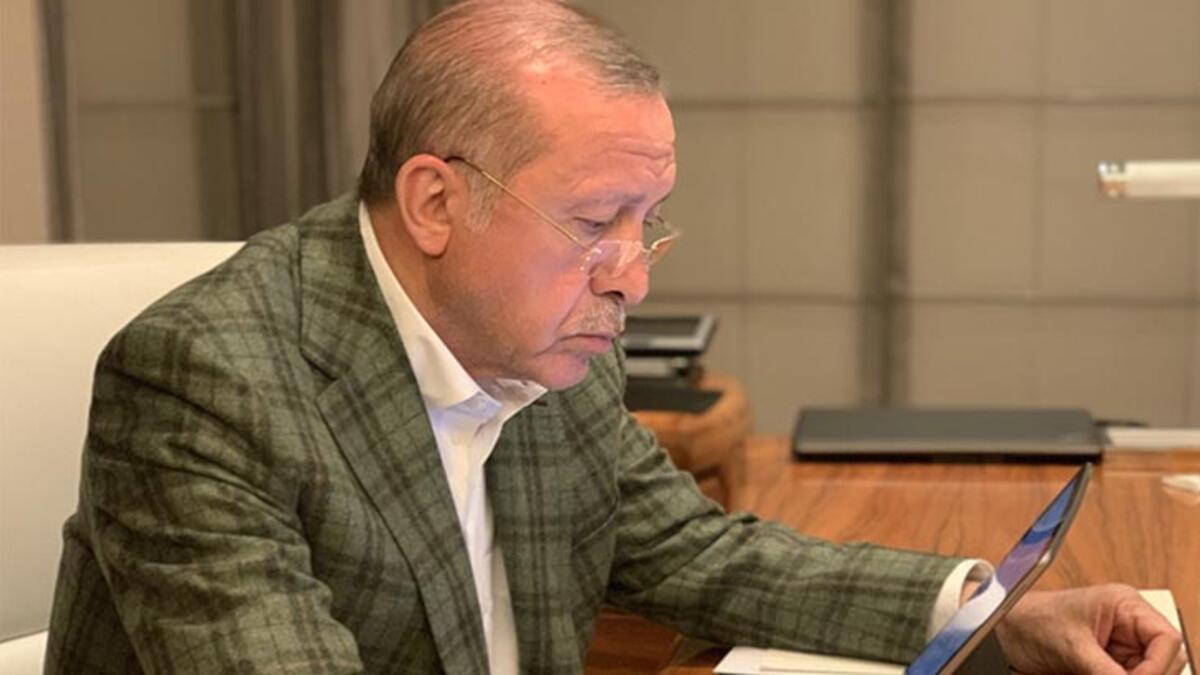 Turkish President Recep Tayyip Erdoğan recently hinted at the possibility of drafting a new constitution, prompting various interpretations on the part of the opposition. Muharrem Erkek, a deputy from the main opposition Republican People’s Party (CHP), said a new constitution cannot be written by a government that refuses to comply with Constitutional Court decisions. Economist Ali Bilge described the remarks as a classic move by an autocratic regime trying to hold on to power.

As the country’s economy is struggling with the effects of high inflation and trying to recover from recent currency turbulence, the government as well as the government-controlled mainstream media has begun promoting the idea of a new constitution. Speaking to the Bianet news website, economist Bilge said this is just an attempt to buy time.

Plans to alter the electoral system

According to backstage rumors, Erdoğan has already set out a framework for the new constitution with Devlet Bahçeli, leader of the Nationalist Movement Party (MHP) and a long-time political ally. The two met on Feb. 4, for the seventh time in the last two months. While Erdoğan’s declarations pointed to a new constitution, the meetings were focused on laying the groundwork for legislation that could be passed by a simple majority of the combined AKP and MHP votes.

A first package co-prepared by Justice Minister Abdülhamit Gül and Finance Minister Lütfi Elvan included 128 provisions that are planned to be enacted through either presidential decrees or parliamentary bills.

The second package, which will be drafted by the two parties’ parliamentary groups, will focus on redesigning the laws on political parties and elections. The legislative and presidential elections scheduled for 2023 or a potential snap election to be held sooner would take place under the modified version of the laws, which will in particular alter the 10 percent threshold required to win seats in parliament as well as electoral districts.

‘Attempt to align the constitution with one-man rule’

CHP Deputy Chairman Erkek said Erdoğan’s objective is to align the constitution with his attempt to perpetuate his one-man rule. “How can someone who does not even comply with judgments of the Constitutional Court or the European Court of Human Rights draft a new constitution based on social reconciliation?” Erkek said.

Economist Bilge said autocratic regimes typically resort to changing the constitution in order to hold on to power and to avoid being held accountable in the event they collapse.

“It has not even been four years since the establishment of a one-man rule that freely defies international court and Constitutional Court verdicts, that can appoint whoever as a judge to whichever court and controls the judiciary,” Bilge said, referring to a landmark constitutional referendum in April 2017. “Their oppression is intensifying. They have called every one of their opponents ‘terrorists.’ That’s why they are planning to prolong their time in office and evade possible accountability if they have to step down. We have seen similar cases in China and Russia. Such regimes do whatever they can to remain in charge.”

Meral Akşener, leader of the nationalist Good (İyi) Party, and Ali Babacan, head of the DEVA Party, also mentioned the new constitution debate during their parliamentary meetings. The two opposition leaders agreed that it was an attempt to divert public opinion from the economic strains that the country has been experiencing.

“Why would you bother changing a constitution you won’t even abide by?” Babacan said. “Turkey currently has serious problems of unemployment and poverty as well as a high cost of living that have sparked a series of suicides. What the government needs to do is to come up with solutions for these. Forget about the constitution. We shouldn’t be fooled by these attempts to distract us.”

CHP Chairman Kemal Kılıçdaroğlu expressed the worry that the new constitution would only empower authoritarianism and not democracy.

Opposition plan to focus on freedoms

The opposition parties, which have recently been holding frequent high-level contacts among themselves, have decided to put the emphasis on freedoms in the event of a parliamentary process for the new constitution promoted by Erdoğan. While the AKP and the MHP do not have enough seats to single-handedly change the constitution, their combined majority is sufficient to submit constitutional amendments or a new constitution to a referendum.

The plan of the opposition is to press the government in parliament on freedom of expression and the media, separation of powers and secular principles. They will not support any proposal that does not contain provisions offering guarantees on these issues.

The opposition also believes the government might seek to turn a constitutional referendum into an opportunity to maintain its power without holding a general election. As a counter argument, the CHP and the Good Party have started work on a campaign of an “enhanced parliamentary system” which highlights that it has been the presidential system of governance, which Turkey adopted in the 2017 constitutional referendum spearheaded by the AKP-MHP alliance, that got the country into a perpetual crisis.