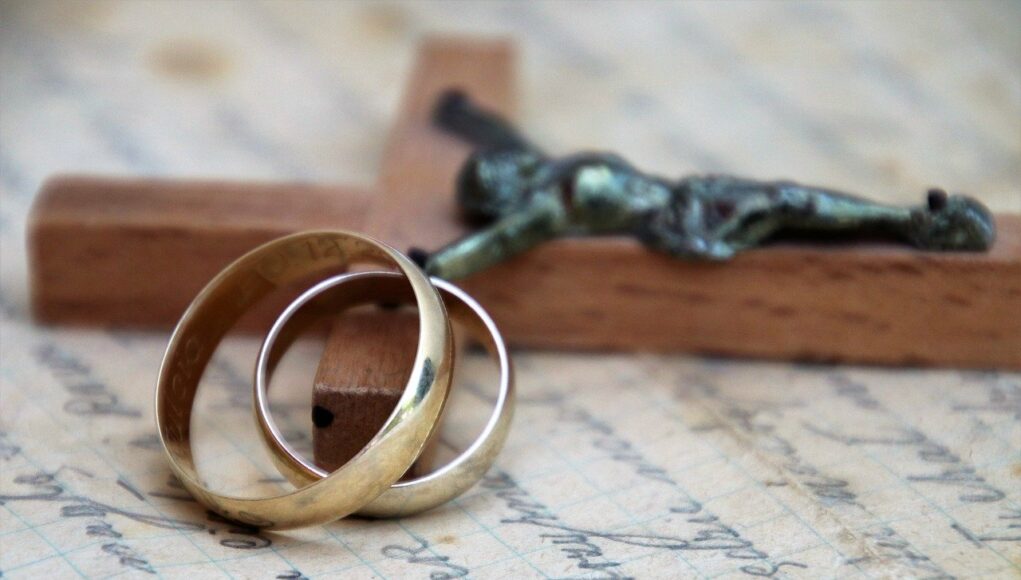 Members of Turkey’s non-Muslim minority groups who are in intercultural marriages face a wide range of challenges and problems regarding the preservation of their cultural, religious and traditional values and generally find themselves in a dilemma between love and the threat of assimilation. These couples also have to deal with pressure and objections from their families and communities who warn them of the possible consequences of a marriage between two people from different faiths or ethnicities, for example an Armenian, Jew or Greek marrying a Turk.

A book titled Kısmet Tabii (For Sure, it’s fate) which focuses on intercultural marriages in Turkey’s non-Muslim communities, was recently released by Istos Publishing. Academics Anna Maria Beylunioğlu and Özgür Kaymak conducted 57 interviews with Greeks, Jews and Armenians to shed light on mixed marriages and determine their influence on the assimilation of minorities in Turkey.

Kaymak thinks non-Muslim societies are not homogeneous and that they contain layers within themselves. “There are different [family/parent] reactions [to mixed marriages] that stem from the religious, ethnic and cultural structure of each community. More than differences, we observed similarities between the couples who try to overcome the conflicts that arise from the differences in developing resistance mechanisms,” said Kaymak.

Although marriage may seem like a contract between two people, it actually includes the extended family and even the entire society. Everyone, from relatives to neighbors, has the “right” to step into personal relations and marriages and criticize people because of their choices. In some cases, social pressure forces couples to become estranged from their parents and families for their “unwelcome” marriage.

“We are facing serious sacrifices, religious conversion being the most striking. Among the common strategies, we see that they try to be a ‘bridge’ between their families on problematic issues, and most importantly they do not leave the management of their relations to their families, and they accept their spouses as they are,” Beylunioğlu said.

Melissa (37), an Armenian working as a nurse in Istanbul, said deciding to marry an “outsider” was very difficult at the beginning. “My parents had always told me that I should marry an Armenian. But marrying an Armenian was not high on my priority list. I was more interested in finding the right person. I fell in love with a Turk and we decided to marry, but it took me a year to ‘confess’ to my family about him,” Melissa told Turkish Minute in a phone interview.

Some cultures view the family as a nuclear entity – father, mother and children. But in Turkey, the extended family – parents, grandparents, aunts and uncles — are all part of the relationship, too. The level of difficulty increases when families are more conservative or religious.

“They said I didn’t know what I was getting into. I could see that my parents were very disappointed in me. After a few weeks my father sent his ‘ultimatum’ with my mother: ‘They will marry in the Armenian church. If they do that, then yes, she can get married!’

“My husband accepted my father’s ultimatum. He is an atheist but converted to Christianity for me. All my relatives and friends came to my church wedding. I must admit, I was really happy to see their support,” Melissa added.

“Even if the partners are not religious, they want to continue religious practices only because of the fear of assimilation. The connecting point of religious days, rather than their theological origin, is gathering with loved ones around a table, with authentic cuisine and rituals,” said Kaymak.

According to the interviews in the book, social confrontation on issues such as the 1915 Armenian genocide and the September 6-7, 1955 Istanbul Pogrom are the most important points. As a matter of course, before the marriages parents ask their children about their prospective partners’ opinions on the controversial incidents, which are mostly denied by Turkish society.

“Traumatic events in Turkish history appeared in the interviews as one of the driving forces behind families’ opposition to their children’s mixed marriages. ‘I don’t care if the man you married is a Muslim, but when he or his family members say, “1915 was not a genocide,” what I should I think?’ an Armenian interviewee’s father said when he learned his daughter was going to marry a Turk. This reaction is a concrete example,” said Kaymak.

In the last 20 years, the initiation of a process of social confrontation in Turkey, with the help of academic and non-academic articles, conferences and books that inform about facts that have not been included in the official history, have created a basis for mutual understanding.

“I never hide my identity in front of my husband’s relatives, who are sometimes very conservative. My friends who are married to Armenians are impressed by my husband’s knowledge of Armenian culture and history. In 2015 we traveled to Armenia together. When he said, ‘You deserve to see your culture and your country, and I will accompany you,’ I was the happiest woman on the earth,” said Melissa.

For a long time, mixed marriages were perceived as the biggest threat of assimilation by minority communities. However, the most striking and “groundbreaking” determination Beylunioğlu and Kaymak made in the conclusion of the book is that “mixed marriages do not increase assimilation.”

“The families and parents of young people who could potentially be part of a mixed marriage are still concerned about assimilation. It is a fact that individuals who are in mixed marriages, no matter how secular or atheist they are before marriage, cling more tightly to their ethnic identity and religious rituals when they enter a marriage with the ‘other’ culture,” said Beylunioğlu.

However, during the study, the researchers surveyed predominantly urban, middle-class, highly educated and atheist people. Therefore, according to them generalizing the outcomes of the study would be speculative.

“It is a fact that non-Muslim communities are decreasing by the day, and it is becoming difficult for them to find their ‘better half’ in a limited group. Mixed marriages, which are on the rise these days, are not the reason but rather the main outcome of the assimilation of non-Muslims in Turkey,” said Kaymak.

“My husband learned some Armenian words such as greetings and the names of foods. We know that raising children in a family that has two different heritages will be a challenge, but we’re ready for it. Since my marriage, I attach more importance to my culture and language because I feel a little ‘indebted’ to my community, and I think I owe something to my roots. That’s why I want to raise my kids like Armenians and teach them Armenian and Armenian history,” added Melissa.