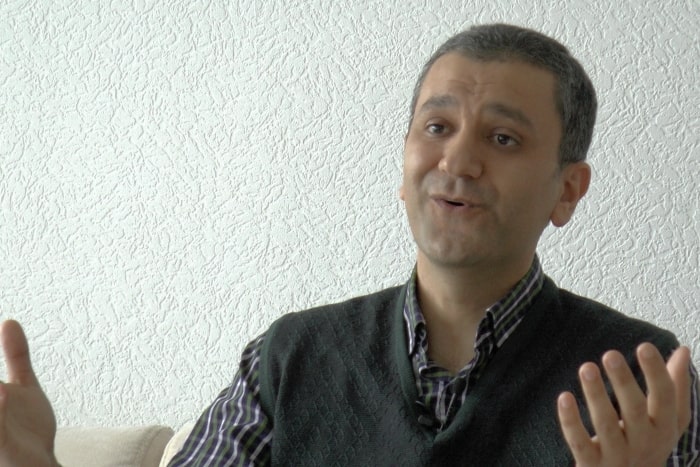 “During my 10 days in detention, I could hear the screams of other detainees who were being tortured,” said Servet Erdil when talking about the brutal torture and inhumane treatment he witnessed at Ankara police headquarters.

Accırding to a report by the Stockholm Center for Freedom citing journalist Basri Doğan from TR7/24 news website, Erdil, a former bureaucrat, said he was torn between horror and pity because he knew he could be next in line for torture. He added that conditions in detention were dismal and that they were 19 people in a small room for 10 days.

Erdil said there was a woman who had just given birth in detention who was separated from her baby. He said the woman would lactate into a plastic bottle and send the milk to her infant. Erdil added that the woman fainted a few times in the corridor and that they would watch her as she passed by to make sure she was alright.

Erdil was working for the Ministry of Justice when he was detained in December 2016 for alleged links to the Gülen movement. Turkish President Recep Tayyip Erdoğan has been targeting followers of the Gülen movement, a faith-based group inspired by Turkish cleric Fethullah Gülen, since the corruption investigations of December 17-25, 2013, which implicated then-Prime Minister Erdoğan, his family members, and his inner circle.

Dismissing the investigations as a Gülenist coup and conspiracy against his government, Erdoğan designated the movement as a terrorist organization and began to target its members.

Erdil claimed that during detention he was pressured into “giving up names” of other people in the movement and invoking the effective remorse law. He said they were told that if they wanted to be released, they needed to provide names.

“Normally before court, you are questioned by the prosecutor. However, we never even saw the prosecutor,” said Erdil. “The only people who were taken to the prosecutor were those who wanted to invoke the effective remorse law.”

Upon being arrested, Erdil said they were taken to a room with 70 men in Ankara’s Sincan Prison, notorious for its high number of political prisoners, and they were told to stand still. He said they were left there for a day and that he could not breathe for lack of air. The next day he was subjected to a strip-search. He said he was later given some sort of an apron and made to walk across the prison complex in plain view of the others.

“I have never felt more humiliated in my entire life,” Erdil said. “I felt as if I were violated and dehumanized at that moment.”

According to Erdil he stayed in a cramped prison ward with 30 other men. He said he lost 17 kilograms in 15 months because the food was inedible.

After being released pending trial, Erdil said he could not continue living in Turkey because life had become unbearable. He said his bank cards had been canceled, his account had been frozen and he had to check in with the local police station every week. “They [authorities] left us in a state of nothingness,” he said.

Erdil and his family decided to leave the country and are currently refugees in the Netherlands. The number of Turkish asylum seekers has skyrocketed in the recent past due to a dramatic increase in the number of gross human rights violations committed by the Turkish government.

Following the abortive putsch, the government declared a state of emergency and carried out a massive purge of state institutions under the pretext of an anti-coup fight. Over 130,000 public servants, including 4,156 judges and prosecutors, as well as 20,610 members of the armed forces were summarily removed from their jobs for alleged membership in or relationships with “terrorist organizations” by emergency decree-laws subject to neither judicial nor parliamentary scrutiny.