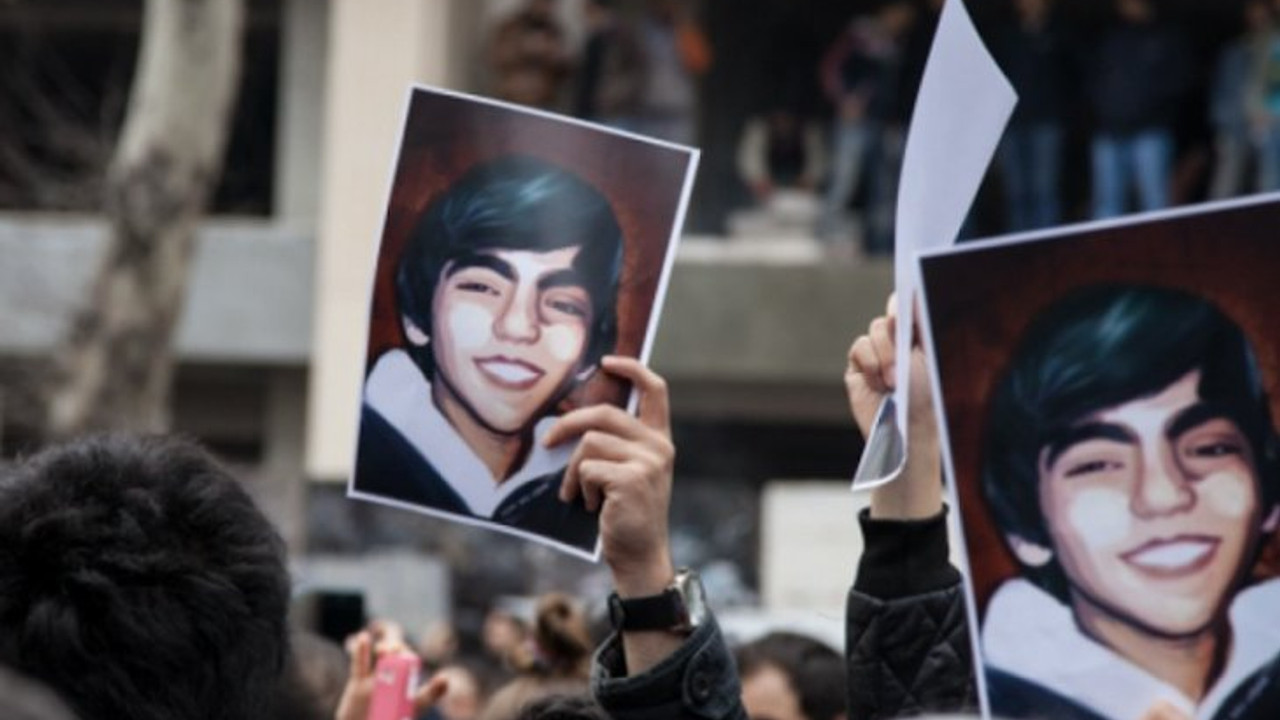 A Turkish prosecutor on Friday demanded a lesser sentence for a police officer who caused the death of Berkin Elvan during the 2013 Gezi protests in İstanbul by shooting the 14-year-old in the head with a tear gas canister.

The prosecutor, newly appointed under the influence of Turkish President Recep Tayyip Erdoğan, announced his final opinion on the killing of Elvan at the 18th hearing in Istanbul.

Revising the indictment after he was appointed in December, the prosecutor demanded that police officer Fatih Dalgalı, the sole suspect in the case, be convicted of “gross negligence manslaughter.”

The previous prosecutor’s original indictment had accused the police officer of “killing with oblique intent.”

The panel of judges also saw a replacement in December. Mehmet Galip Perk was appointed presiding judge, a decision deemed by critics as a move to decrease the sentence of the police officer.

According the Turkish Penal Code, the prosecutor demanded that the defendant, who is currently working as a police officer, receive up to nine years instead of a life sentence.

Elvan’s lawyers sought the recusal of Perk from the case on Jan. 25 due to earlier social media posts “demonizing” the Gezi protestors. He had called the Gezi protesters “traitors” and the resistance “vandalism.”

“The replacement of the previous panel of judges when it was so close to a final decision was unimaginable,” Gazete Duvar quoted Can Atalay, a lawyer representing Elvan’s family, as saying during the trial.

Atalay claimed the judge liked a tweet in the past calling Elvan a “terrorist.”

“This is enough for him to withdraw from the case,” he added.

The Istanbul 17th High Criminal Court will hold the next hearing on June 18.

The mass protests that rocked the country in 2013 started over plans to demolish Gezi Park, one of the rare green spaces in central Istanbul.

The anger quickly spiraled into broader protests against then-Prime Minister Erdoğan over his authoritarian policies, such as controlling the media and the judiciary.

BERKIN ELVAN: A SYMBOL OF GEZI AND POLICE BRUTALITY

Held in İstanbul on March 12, 2014, Elvan’s funeral saw thousands of attendees and sparked mass protests in several cities. More clashes took place with the police in some 30 towns and cities.

Then-Prime Minister Erdoğan accused the boy of “being a member of a terrorist organization.”

“This kid with steel marbles in his pockets, with a slingshot in his hand, his face covered with a scarf, who had been recruited by terrorist organizations, was unfortunately subjected to pepper gas,” he said during a televised speech in March 2014.

Police fired water cannon and tear gas at protesters while Elvan’s coffin was carried to a cemetery in Istanbul.

During a rally ahead of the March 2014 local elections, Erdoğan labeled Elvan a terrorist and prompted his supporters to boo the grieving mother. 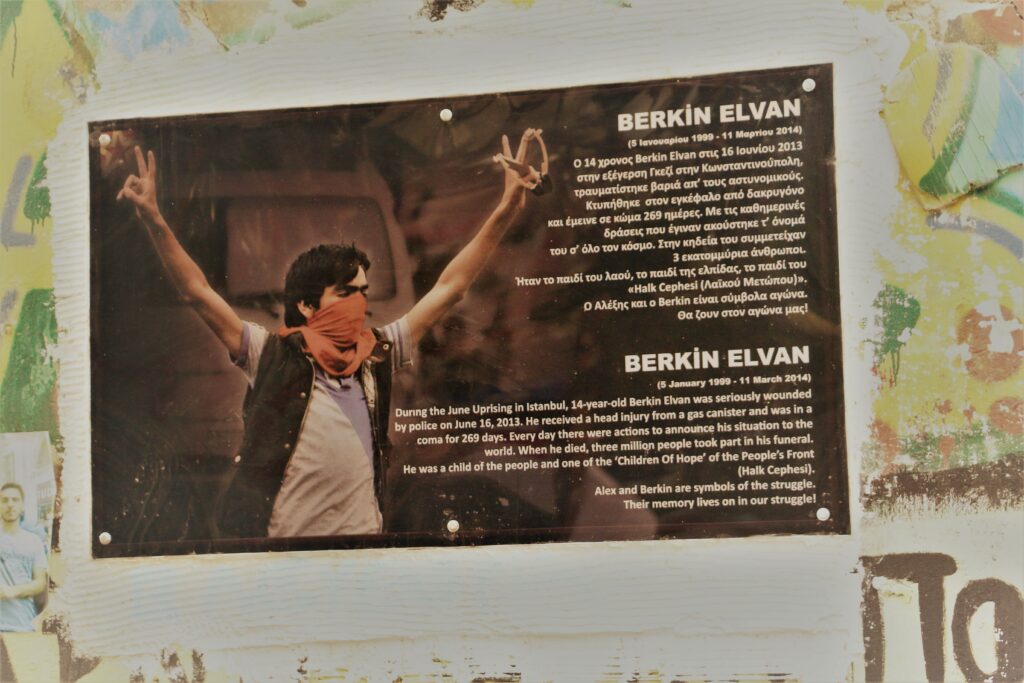 Elvan’s killing and the Turkish authorities’ reluctance to punish those responsible sparked anger in several countries, including Greece.

Greek protestors placed Elvan’s photo next to that of Alexis Grigoropoulos, a 15-year-old Greek boy who was killed by a shot to the chest during mass protests in Greece in 2008.

Photos of the two young victims of police brutality hang on a wall in Athens’ central Exarcheia district.

Hundreds of people in Athens commemorate Berkin and Alexis each year on the anniversary of their deaths.