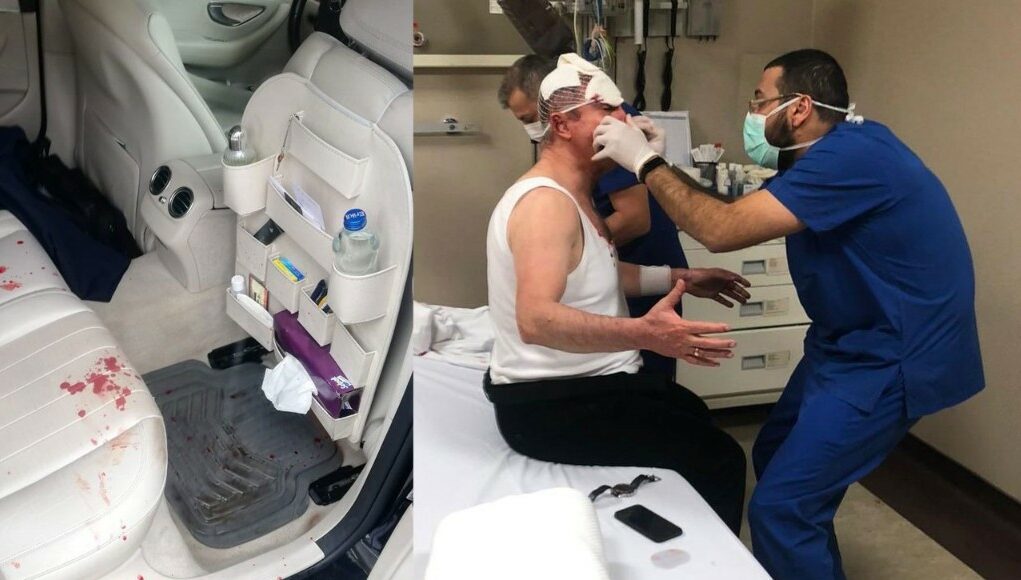 A series of physical attacks have recently targeted journalists and politicians who criticized Devlet Bahçeli, leader of the Nationalist Movement Party (MHP) and a political ally of President Recep Tayyip Erdoğan. The victims were often assaulted after leaving their homes and were injured by bats or fists. None of the alleged assailants has been arrested. Interior Minister Süleyman Soylu described the attacks as “reactionary,” dismissing the idea of concerted action.

The latest in the string of incidents took place on Jan. 15, when opposition politician Selçuk Özdağ and Ankara-based journalist Orhan Uğurluoğlu were assaulted. While Uğurluoğlu was left with minor injuries, Özdağ’s condition was more serious. What probably saved Özdağ was his driver who, upon seeing Özdağ being beaten with bats, fired his gun into the air.

Both Özdağ and Uğurluoğlu have recently criticized Bahçeli. The two have a nationalist background, and Bahçeli is known to be harsher in reacting to criticism coming from nationalist circles.

After the attack Özdağ retweeted his former tweets about Bahçeli, saying “The price is being paid for these tweets.” MHP Deputy Chairman Semih Yalçın, one of the people closest to Bahçeli, had an interesting comment, saying, “This movement has a lot of devotees, they don’t care anything about red lines.”

On Jan. 18 prominent Turkish journalist Taha Akyol was in Bahçeli’s crosshairs. Bahçeli openly targeted Akyol and two other journalists on Twitter. In response Akyol said, “I don’t have men with bats, I have nothing but my pen.” Akyol’s remarks made it to the top trends on Twitter.

A striking example of the MHP and Bahçeli’s alleged links to the attacks came last March after nationalist journalist İsrafil Kumbasar was attacked following his criticism of Bahçeli on Twitter. MHP parliamentary group deputy chair Erkan Akçay posted a picture of a bloodied Kumbasar with the comment, “Who is this handsome guy? They are saying he has tested positive for dishonor.” Although the tweet was widely criticized for justifying violence, Akçay failed to delete it.

Who is disclosing home addresses?

Most of the attacks took place in front of the victims’ homes. In May 2019 journalist Sabahattin Önkibar was assaulted by three people in front of his house, right after a YouTube broadcast in which he criticized Bahçeli. While the attackers were captured, they were not arrested.

Yavuz Selim Demirağ, a journalist known for an editorial line that is nationalist but critical of Bahçeli, was attacked in front of his home also in May 2019. A bullet was left in his mailbox in June 2020. A parliamentary motion to for an investigation into the attack against Demirağ was rejected by deputies from the MHP as well as the ruling Justice and Development Party (AKP).

Demirağ wrote that despite the fact that it has been more than a year since the incident, no indictment has been drafted, the perpetrators are free and the prosecutor has not even summoned him to take his statement as the injured party. Demirağ said this was done in order to encourage similar attacks.

Murat İde, an advisor to nationalist opposition leader Meral Akşener, was assaulted in front of his house in December 2019. İde was able to survive the fists and the bats of the assailants by taking out his gun and firing shots into the air. İde later pointed out that the attack took place after his remarks critical of Bahçeli and complained that the attackers were not arrested.

Journalist Ahmet Takan was hit with baseball bats in front of his house after writing that Bahçeli was going to leave politics. No investigation has been initiated into the attack, which took place in 2019. Prior to the incident, MHP Secretary-General İsmet Büyükataman had accused Takan of being a “writer for rent.”

Another victim was Hakan Bayrakçı, owner of the SONAR polling company who in August 2019 was assaulted right after a broadcast on Habertürk TV during which he had a row with MHP Deputy Chairman Yalçın.

Lawyer and TV programmer Afşin Hatipoğlu was assaulted after Bahçeli harshly criticized Hatipoğlu’s channel, KRT TV. During the incident, the attackers were heard saying “Be careful what you write.”

It is unknown how the assailants were able to find out the home addresses of the journalists and politicians. The victims agree on a general lack of effective investigation.

“I want you to know this. The Republic of Turkey and my ministry in particular, with our police departments and intelligence units as well as police officers at all levels, are on top of every single development. Everyone should rest assured,” Soylu said.

In cell phone footage of the attack on Özdağ, however, the seven attackers were seen armed, prepared and organized.