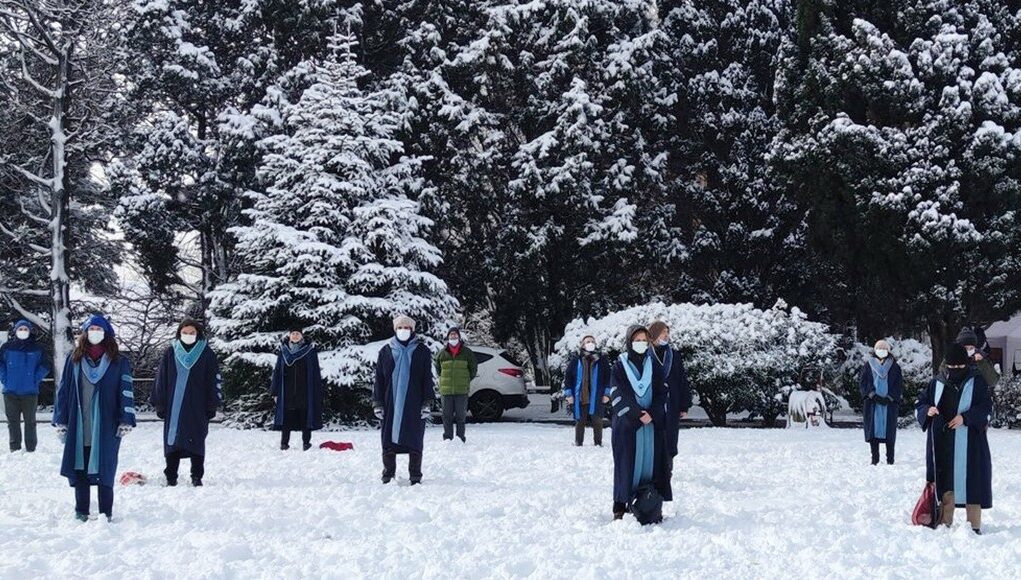 A total of 2,340 academics from more than 50 countries have signed a joint statement demanding academic freedom for Boğaziçi University students and faculty members as they continue to protest the appointment of Professor Melih Bulu as the new rector.

Resistance at the prestigious university to the appointment of the Justice and Development Party (AKP) member Bulu as rector by President Recep Tayyip Erdoğan, which started in the first days of January, still continues, with academics from more than 50 countries around the world showing solidarity with Boğaziçi students and teachers.

Bulu’s appointment by a presidential decree prompted criticism from Boğaziçi students and alumni as well as politicians and activists who hold that it violates academic freedom and undercuts democracy.

Some of the faculty members continue their daily protest on campus, where they gather and turn their backs on the rector’s building, standing in their gowns for half an hour before they start clapping their hands for one minute, Deutsche Welle Turkish service reported on Tuesday.

“Still, there’s a police presence all around the university and inside the faculty buildings. Melih Bulu goes in and out of his office accompanied by police. This is incompatible with the Boğaziçi university mentality that he claims he aims to preserve,” Prof. Dr. Tınaz Ekim from the department of industrial engineering told DW.

“Our first demand is for the police to vacate the areas around the university and the second is for Melih Bulu to leave as well,” Ekim added.

“Protests following the appointment of Bulu pointed to an ongoing practice that is essentially wrong, one that belongs to the Sept. 12 era. But that situation changed for the better in 1992. Why are we going back to that outdated practice now?” Associate Professor Erol Köroğlu from the university also told DW, referring to the 1980 coup.

Rectors previously underlined in a statement that Bulu was the first rector to be appointed from outside a university since the 1980 military coup and that his appointment was part of anti-democratic practices that have been increasing in Turkey since a July 15, 2016 coup attempt that claimed the lives of over 250 people.

Turkish presidents used to have the authority to appoint persons who did not come in first in elections for rector, but a presidential decree issued during a post-coup state of emergency declared in 2016 removed the elections altogether.