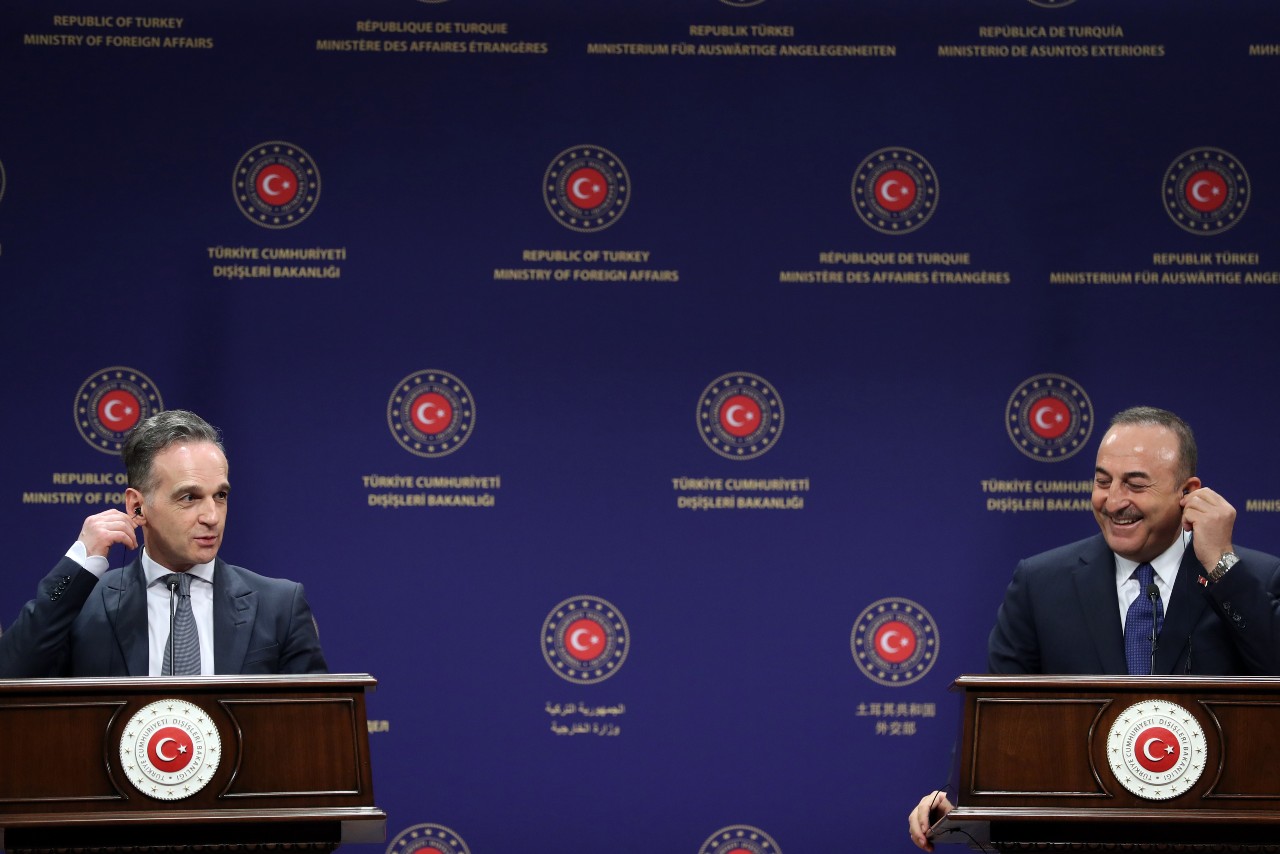 German Foreign Minister Heiko Maas during a visit to Ankara on Monday hailed “positive signals” from Turkey on the thorny issue of gas exploration in the eastern Mediterranean, AFP reported.

Tensions between the European Union and Turkey reached new heights last year after Ankara repeatedly sent a research ship into disputed waters, angering the bloc itself and member states Greece and Cyprus.

But in the weeks since Turkey withdrew the Oruc Reis in November and Brussels drew up a plan for sanctions last month, both sides’ rhetoric has softened.

Turkey and Greece have agreed to hold talks on their maritime dispute in Istanbul on January 25, resuming consultations suspended in 2016.

“We wanted to make this visit because of many recent positive signals,” Maas said during his visit.

Maas canceled a visit to Turkey in October in an apparent rejection of Ankara’s decision to send the Oruc Reis to the eastern Mediterranean.

Turkey’s move angered Germany, which was then at the helm of the rotating EU presidency and had spearheaded European efforts to resolve tensions between Greece and Turkey through dialogue.

“We’ve had difficult arguments, for example, on the eastern Mediterranean,” Maas said.

“Some allies’ warships came head-to-head. And we don’t want these kinds of events,” Maas said in reference to a naval standoff between NATO members Greece and Turkey in August that saw their vessels collide.

“This is why it’s important for us to support positive signals as well as this progress.”

Maas added that he wanted EU-Turkey relations to “improve, to deepen” and for “all available options” to be evaluated.

Turkey’s accession talks to join the EU began in 2005. Although they have since been frozen, the two sides have worked together on managing migration in recent years.

Ankara and Brussels signed a 6 billion euro ($7.2 billion) agreement in 2016 after more than a million refugees and migrants fled to Europe, the majority to Germany, in 2015.

In exchange for financial support, Ankara was to stop people from leaving Turkey for Europe and take back migrants not entitled to international protection.

“Visa liberalization could become a reality,” Çavuşoğlu said, referring to the EU’s offer under the 2016 deal. “This was a promise.”

He also called for an update to the migration agreement as well as the customs union between Ankara and Brussels.