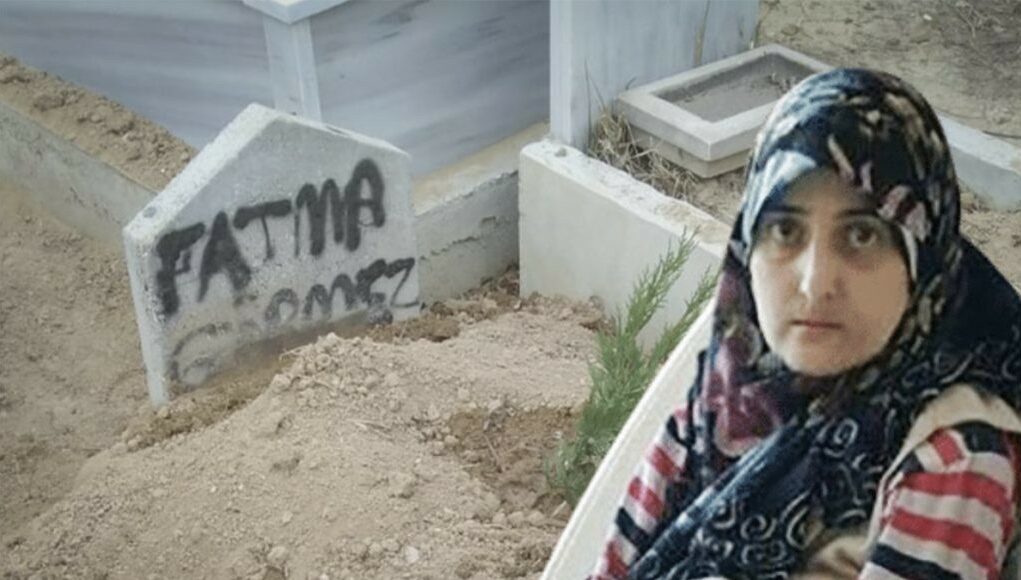 Fatma Görmez, 43, a former teacher fired from her job by an emergency decree-law who passed away yesterday from multiple health problems, was hurriedly buried without giving her jailed husband the opportunity to attend her funeral, the Stockholm Center for Freedom reported.

In a tweet Ömer Faruk Gergerlioğlu, a prominent human rights activist and lawmaker from the pro-Kurdish Peoples’ Democratic Party (HDP), said Görmez was buried before the scheduled time, due to COVID-19 measures, despite not having contracted the virus. As a result her husband was unable to attend the funeral.

“Fatma was not a COVID patient. Apparently they didn’t want anyone to attend the funeral,” Gergerlioğlu said.

According to Bold Medya, Görmez had undergone a kidney transplant and two heart surgeries and had lost considerable weight, dropping to 29 kilos before she died. She was in intensive care in the final days of her life.

Görmez was an experienced primary school teacher who was summarily dismissed from her job and briefly detained over her alleged ties to the Gülen movement.

Dismissing the investigations as a Gülenist coup and conspiracy against his government, Erdoğan designated the movement as a terrorist organization and began to target its members. Erdoğan intensified the crackdown on the movement following a coup attempt on July 15, 2016 that he accused Gülen of masterminding.

Fatma Görmez’s husband, Bekir Görmez, was arrested immediately after the coup attempt for alleged membership in the Gülen movement and has been in prison ever since. He worked for the Konya-based Mevlana University, one of 15 universities shut down by the Turkish government without any due process after the abortive putsch.

The couple’s son, Berk, succumbed to cancer in January 2018, and his father was only able to attend the funeral in handcuffs, surrounded by gendarmes. Images from the funeral were widely circulated on social media and caused an outcry from rights activists.

After her husband was arrested, Fatma Görmez had to take care of her sick son alone. She had applied for disability, but her application was rejected by the authorities because she had been purged by a government decree. The authorities did not take into account a medical report stating that she was almost totally disabled and not fit to work.

Following the abortive putsch, the Turkish government declared a state of emergency and carried out a massive purge of state institutions under the pretext of an anti-coup fight. Over 130,000 public servants, including 4,156 judges and prosecutors, as well as 20,610 members of the armed forces were summarily removed from their jobs for alleged membership in or relationships with “terrorist organizations” by emergency decree-laws subject to neither judicial nor parliamentary scrutiny.

Görmez had shared a video on Twitter in July 2019 in which she said she was struggling under the pressure of her health problems and the loss of her child. “I have a 14-year-old daughter, and all I want is for my husband to be released and take care of her while I’m in the hospital,” she had said.

Görmez’s death caused an outcry among various segments of Turkish society. Prominent journalist Amberin Zaman in a tweet criticized the silence of the Turkish public about the human rights abuses faced by anyone with alleged ties to the Gülen movement.

“The treatment of anyone with the slightest tie to the Gülen movement as if they were an insect and the silence of the general public [against this], including many ‘liberals,’ will go down in history as a dark milestone in the many sins that have been accumulating,” Zaman’s tweet reads.

Levent said, “Her daughter was left behind all alone, but we will do all that we can to help her.”