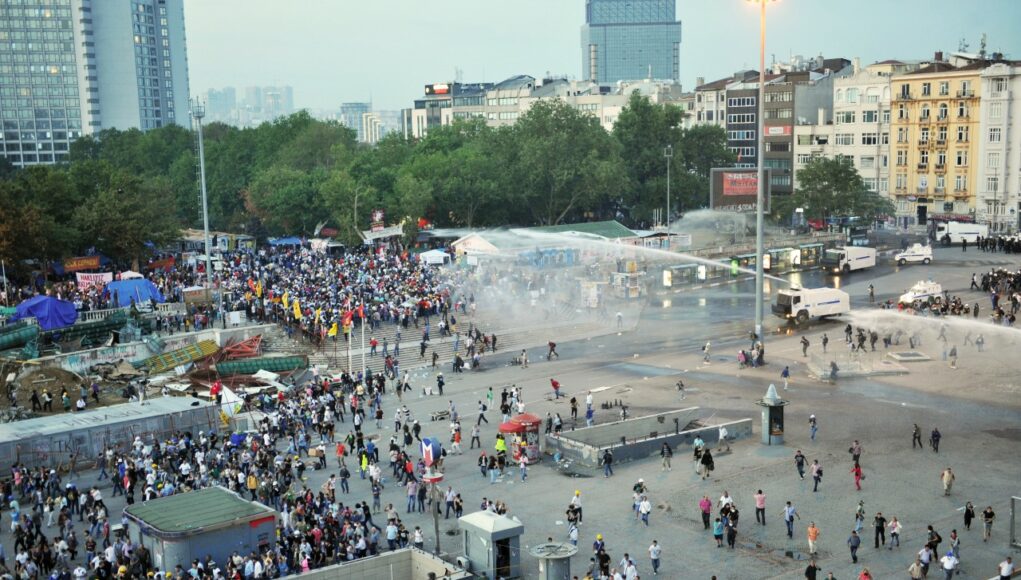 Following Wednesday’s storming of the US Capitol by a mob of rioters supporting outgoing President Donald Trump, Turkish President Recep Tayyip Erdoğan on Friday accused the Obama administration of failing to condemn the 2013 Gezi protests, contrasting it with the Democrats’ condemnation of the attempted coup at the Capitol building.

Erdoğan said the Democratic administration in the US “had a completely different stance” when the 2013 Gezi protests took place in Turkey and accused the Democrats of “failing to condemn the anti-democratic protests.”

Millions of people across Turkey took to the streets to denounce Erdoğan’s increasingly authoritarian leadership in May and June 2013. The protests were sparked by opposition to government plans to redevelop Gezi Park, adjacent to Istanbul’s main Taksim Square.

“This situation in the US – the so-called cradle of democracy – has shocked the world. It is an unprecedented incident in American history, a disgrace for democracy,” Erdoğan told reporters following Friday prayers.

“We’ve seen that the Republicans are the same as the Democrats,” Erdoğan said.

The presidential election in the US had been closely followed in Turkey and among the Turkish community living in the US. While supporters of Erdoğan favored the reelection of Trump, the Turkish opposition leaned towards Joe Biden.

“I hope Mr. Biden has a peaceful swearing-in on Jan. 20,” Erdoğan said.

A group of pro-Trump demonstrators raided the Capitol building while Congress was meeting in a joint session to certify Biden’s election victory. At least five people died as a result of the incident, which was called a “despicable act of terrorism” and a “national embarrassment” by Democratic and Republican politicians alike.

Although he initially incited the protests, Trump later said he would ensure a peaceful transition of power to Biden on Jan. 20.

US-Turkish relations have soured over a spate of issues since 2016, including Turkey’s acquisition of a Russian S-400 air defense system, differences in policy toward Syrian Kurds, an ongoing legal case that implicates a state bank and high-ranking officials in a sanctions-busting scheme and the detention of US consulate employees and citizens in Turkey.

In December, Washington imposed sanctions targeting Turkey’s Presidency of Defense Industry (SSB), its chairman, and three senior officials over the purchase of S-400s.

According to observers, the S-400 dispute as well as the Iran sanctions-busting case against Turkish state lender Halkbank in the United States could become more significant issues under Biden, and the new administration is also expected to pressure Ankara on topics such as human rights and the rule of law.