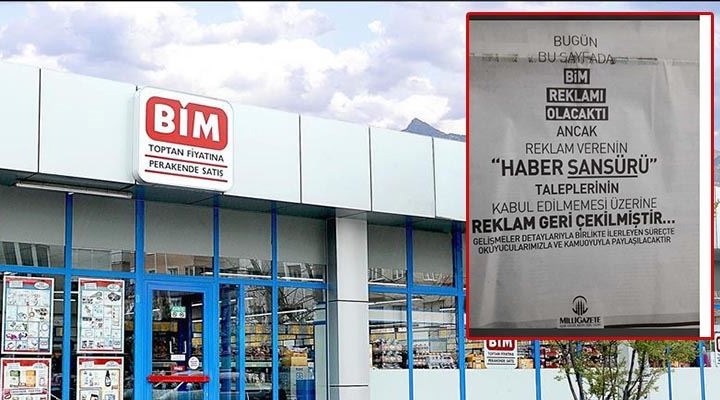 Turkey’s conservative Milli Gazete daily has claimed that a full-page ad from discount supermarket chain BİM that was scheduled to be published on Thursday was withdrawn after they refused to self-censor, the Stockholm Center for Freedom reported.

Milli Gazete published its claim in the format of a full-page ad where BİM’s ad would have appeared. It is not yet known whether the self-censorship request was about a specific piece or if it was a general demand.

The daily didn’t provide any details on the matter and said more information would be shared in the coming days.

BİM is a publicly traded company owned by Turkish President Recep Tayyip Erdoğan’s close ally, Mustafa Latif Topbaş. It is currently the third most valuable company on the İstanbul stock exchange (Borsa İstanbul) with a value of TL 5.84 billion ($789 million).