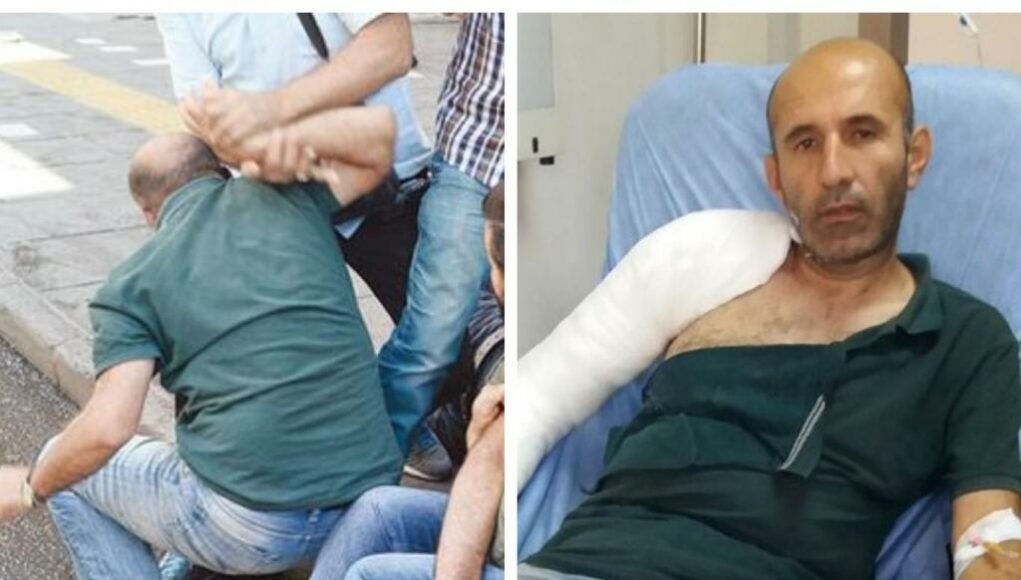 Police officer E.T., who broke the arm of protestor Zeynal Danacı in Ankara in 2017, was convicted of excessive use of force and sentenced to two years’ imprisonment but walked free after the court suspended his sentence, the Stockholm Center for Freedom reported citing the Bianet news website.

The Ankara 18th Penal Court of First Instance initially sentenced E.T. to one year but increased his sentence to two years because he had abused his public authority in the way he committed the crime. Yet his sentence was reduced to one year, eight months before being suspended for not having any prior convictions and in the belief that he won’t commit any crime based on his good character. The court also considered “the possible consequences that the sentence might have in the convict’s life.”

The incident took place during a protest in support of Nuriye Gülmen and Semih Özakça, academics who went on a hunger strike to protest termination from their jobs by an emergency decree-law. According to Danacı’s account, he tried to stop police officers who were beating a handcuffed protestor.

“The police officer grabbed my arm and pulled it behind my back. I told him you’re going to break my arm,” Danacı said. “The officer responded, ‘Yes I will, you’ll see,’ and broke my arm.”

Police officer E.T. initially denied the accusations, but the incident was videotaped by members of the press. E.T. later defended himself saying he had detained Danacı within the limits allowed by law.

Following an abortive putsch in 2016, the Turkish government declared a state of emergency and carried out a massive purge of state institutions under the pretext of an anti-coup fight. More than 130,000 public servants, including 4,156 judges and prosecutors, and some 5,000 academics as well as 20,610 members of the armed forces were summarily removed from their jobs for alleged membership in or relationships with “terrorist organizations” by emergency decree-laws subject to neither judicial nor parliamentary scrutiny.

Former public servants were not only fired from their jobs, they were also banned from working again in the public sector and getting a passport. The government also made it difficult for them to work formally in the private sector. Notes were put on the social security database about dismissed public servants to deter potential employers.

According to Human Rights Watch, there has been a marked resurgence of police torture and ill-treatment in Turkey over the past five years and since the failed coup attempt in particular. Lack of condemnation from higher officials and a readiness to cover up allegations rather than investigate them has resulted in widespread impunity for the security forces. The rights watchdog’s Europe and Central Asia director, Hugh Williamson, said, “Turkey has an entrenched culture of impunity when it comes to abuses by the security forces, no matter how serious.”