Turkish TV station to close down a month after launch due to threat of seizure by gov’t: report 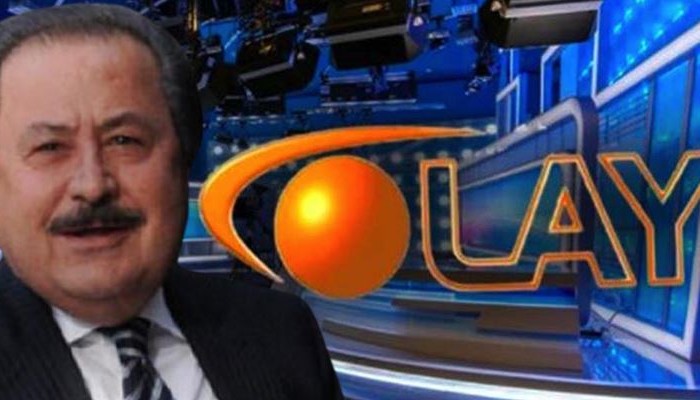 Private Turkish television station Olay TV will close down scarcely a month after it started broadcasting because of a threat of seizure by the Justice and Development Party (AKP) government, the opposition OdaTV news website reported on Tuesday.

Olay TV, which started broadcasting on November 30, is owned by Turkish businessman Cavit Çağlar, who formerly served as minister of state responsible for state-owned banks, and managed by chief editor Süleyman Sarılar.

According to the OdaTV report, the decision to close down the TV station was made after Çağlar was informed by pro-government sources that his assets could be seized by the Savings Deposit Insurance Fund (TMSF).

Olay TV’s 180 employees will reportedly be paid when the channel shuts down on Dec. 25.

OdaTV also said Çağlar would cite the pandemic as the reason for closing down. Sarılar and his team are expected to make a statement in the coming days, the website reported.

Olay TV hired a number of high-profile, opposition journalists and appeared to be ready to take on the government. One of those journalists was newscaster Nevşin Mengü, who criticized the decision in a tweet, saying, “Those who don’t have courage always have an excuse.”

The medyaradar news website also claimed the decision to close the station came after a disagreement arose between Çağlar and Turkish businessman Hüseyin Köksal over Olay TV’s broadcasting of the pro-Kurdish Peoples’ Democratic Party’s (HDP) group meeting in full.

The ruling AKP accuses the HDP of links to the the outlawed Kurdistan Workers’ Party (PKK), an armed secessionist group considered a terrorist organization by the United States, Turkey, and the European Union.

PKK militants have fought against the state in mainly Kurdish southeastern Turkey since 1984 in a conflict that has killed more than 40,000 people. The HDP, parliament’s third-largest party, denies links to terrorism.

The Gerçek Gündem news website reported on Wednesday they had asked Çağlar about the closure in a phone call and that he said he was not available to answer the question since he was in a meeting,

Çağlar, who is known for his good relations with both the Turkish and Russian governments, received the Russian Order of Friendship for his contribution to the normalization of relations between Turkey and Russia following the downing of a Russian jet in November 2015.