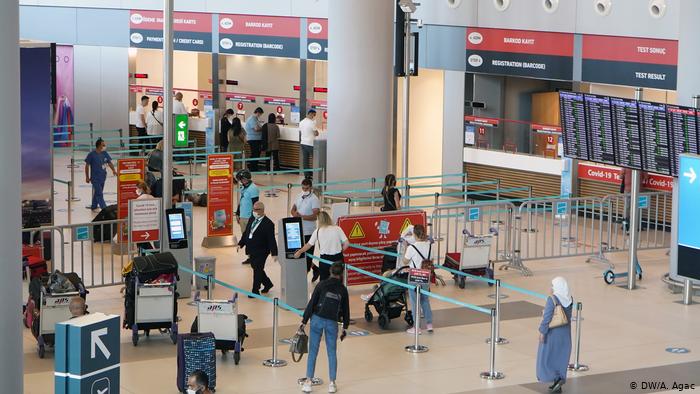 Turkey has identified and quarantined 4,603 airline passengers who arrived from the United Kingdom on or after Dec. 14, Turkish Health Minister Fahrettin Koca announced on Tuesday, as there are widespread concerns about a potentially more contagious strain of the coronavirus emerging from the country.

Turkey suspended flights from the UK, South Africa, Denmark and the Netherlands on Sunday night in response to the new strain of coronavirus said to be circulating there.

Koca tweeted that 335 passengers flying from those countries at the time of Sunday’s announcement were tested for the virus on arrival in Turkey and isolated even if they tested negative.

Top health officials in the UK announced on Saturday that there was no evidence the new variant was more deadly or that would react differently to vaccines, but it was proving to be up to 70 percent more transmissible.

Countries such as Ireland, Germany, France, the Netherlands, Belgium, Austria and Italy all blocked flights from the UK, some for 48 hours and others for longer.

Turkey to spend $298 million for construction of prisons in 2021

8 people face up to 15 years in prison for aiding families of post-coup...

Turkish Minute - January 21, 2021
Facebook Twitter Youtube
© Designed by Increases
Go to mobile version
We use cookies and similar methods to recognize visitors and remember their preferences. We also use them to measure ad campaign effectiveness, target ads and analyze site traffic. By tapping ‘accept,’ you consent to the use of these methods by us and third parties. Accept