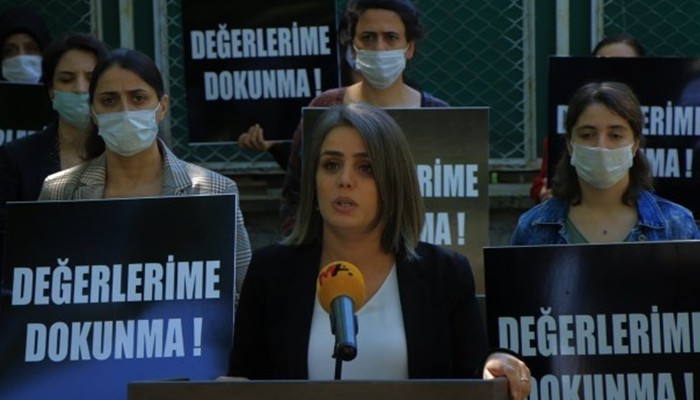 The women’s council of the pro-Kurdish Peoples’ Democratic Party (HDP) has submitted a question to the Turkish Parliament about an increasing number of allegations from women as well as men of strip-searches in Turkey’s prisons and detention facilities.

The parliamentary question, which bears the signature of the 22 deputies, is directed to Justice Minister Abdülhamit Gül.

The deputies asked Gül to investigate the claims of strip-searches in Turkey’s prisons and detention facilities, noting that the practice runs contrary to the İstanbul Convention, which was signed by member countries of the Council of Europe including Turkey in 2011 to promote women’s rights and prevent domestic violence in societies.

Most of the alleged incidents of strip-searches concern the period starting with a failed coup attempt in the country in July 2016, following which the Turkish government launched mass detentions and arrests of people under the pretext of an anti-coup fight.

The latest claims of strip-searches were brought to public attention by HDP deputy Ömer Faruk Gergerlioğlu, which prompted scores of women as well as men to share on social media their experiences of strip-searches.

The claims were strongly denied by ruling Justice and Development Party (AKP) deputy group chairperson Özlem Zengin, who in a statement last week accused Gergerlioğlu of terrorizing the legislature by bringing such claims to the floor of parliament.