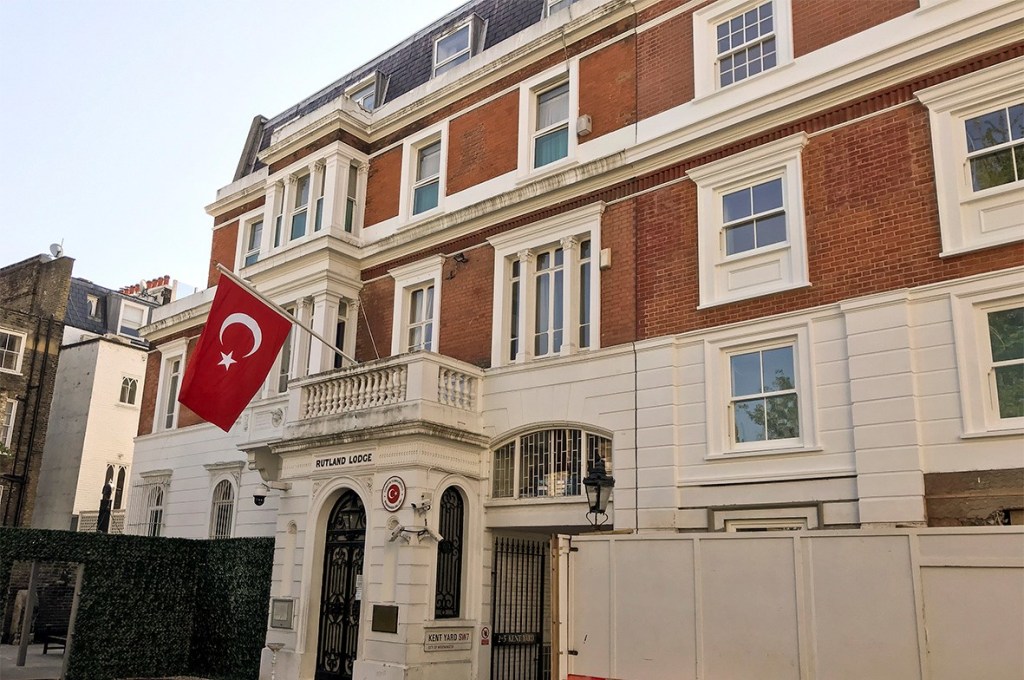 Even death due to COVID-19 does not prevent Turkish nationals from being profiled by the Turkish Consulate General in London, with a deceased Turkish national and his family members listed in parallel with an ongoing witch-hunt in Turkey, Nordic Monitor reported.

According to a Turkish Foreign Ministry document obtained by Nordic Monitor, a Turkish national informed Turkey’s consulate general in London about the death from COVID-19 of his father, a prominent businessman believed to be affiliated with the Gülen movement, and submitted a medical certificate to Vice-Consul Hakan Etkin.

However, Etkin asked for not only the address and contact details of the deceased businessman’s son, who was applying for a death certificate, but also for information about the Turkish businessman’s spouse and daughter. The consulate general then dispatched a file including their address in the United Kingdom and contact details including phone numbers and email addresses to the foreign ministry in Ankara.

The information conveyed by the Turkish Consulate General in London was sent by Yavuz Kül, head of the foreign ministry’s directorate-general for consular affairs, to the justice ministry on September 3. In addition to the death certificate, Kül informed the justice ministry of the address of the cemetery where the deceased Turkish national was buried in April.

President Recep Tayyip Erdoğan has been targeting followers of the Gülen movement, a faith-based group inspired by Turkish cleric Fethullah Gülen, since the corruption investigations of December 17-25, 2013, which implicated then-Prime Minister Erdoğan, his family members and his inner circle.

The crackdown on critics and the purge of government officials have been accelerated after a failed coup in July 2016, giving Erdoğan a pretext to pursue a mass purge with no administrative or judicial probes. The government has rounded up over half a million people from the movement since 2016, mainly on coup, terrorism or defamation charges. The witch-hunt aims to suppress civil society, silence critical voices and stifle the right to dissent, while Erdoğan continues to transform the Turkish democracy into a dictatorship.

In May 2016 the Turkish government designated the movement, led by US-based Turkish Muslim scholar Fethullah Gülen, as a terrorist entity without any evidence that Gülen or people affiliated with the movement committed any terrorist acts. Then, a coup was attempted in July 2016. Following the failed coup, which was called “a gift from God” by Erdoğan, thousands of Turkish citizens were forced to flee their homes due to his anti-democratic rule and a still-ongoing purge of government critics.

As part of the massive crackdown on the Gülen movement, more than 130,000 public servants, including 4,156 judges and prosecutors, as well as 20,571 members of the armed forces were summarily removed from their jobs for alleged membership in or relationships with “terrorist organizations” by emergency decree-laws subject to neither judicial nor parliamentary scrutiny. One hundred sixty-four media outlets, 1,058 educational institutions and close to 2,000 NGOs were shut down without any due process.

The assets of thousands of people with alleged ties to the Gülen movement were confiscated or frozen by the government both before and after the failed coup. According to a report by Brussels-based human rights group Platform for Peace and Justice (PPJ), the total value of confiscated or frozen assets is $32 billion.

On December 9, President Erdoğan said at a press conference prior to an official trip to Azerbaijan that supporters of the movement have no right to own property.

Erdoğan’s comments came in response to a question by a pro-government journalist who claimed that, following the talk of judicial reform in the country, supporters of the movement have been talking about the possibility of reclaiming their properties that were confiscated by the government.

Critics of the Erdoğan government abroad, especially members of the movement, have also been facing surveillance, harassment, death threats and abduction since President Erdoğan decided to scapegoat the group for his own legal troubles.